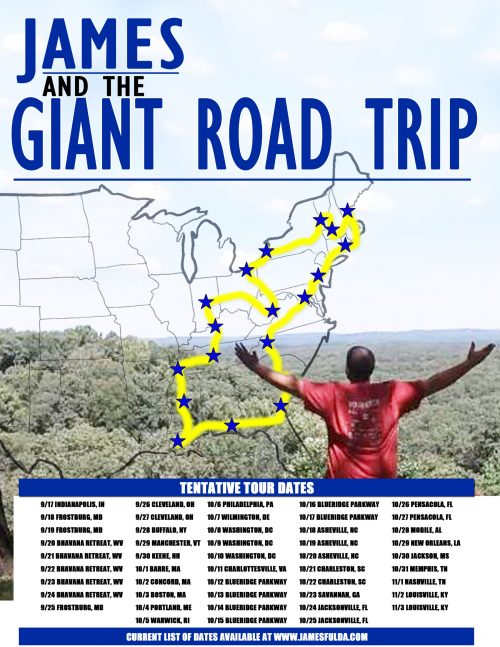 First off, thank you to everyone who contacted their representative on my behalf during the latest round of the healthcare battle. I really appreciate your efforts and your empathy for my situation. The two companies left in the Indiana health exchange took into account that Trump would probably kill the cost-sharing reductions, so even though that means there will be 20-35% price hikes, I will be able to buy health insurance for 2018. Yay! As for 2019, who knows? I’m sure they’ll be coming for us again, but hopefully I can take a few months off before my next anxiety attack.

Speaking of anxiety, when my mom learned my younger brother was planning on taking a six-week road trip in which he’d be sleeping in his car, she was rather anxious herself. It didn’t sound like the brightest of ideas to me either until I talked to Little Bro and learned he’d put a lot of planning into how to do this as safely as possible. The term he used was “urban camping,” which turns up some interesting search results in Google. Evidently there is a subculture of people who sleep in their cars or vans either as a way of life or as a way to travel cheaply. In preparation, Little Bro had received a lot of boxes from Amazon containing things like privacy curtains, a fold up foam mattress, a hot plate you can plug into your car’s cigarette lighter, and a fire extinguisher in case anything goes bad with that last thing. After a test run in nearby Louisville, Kentucky, he decided he was good to go.

I tried to ease my mom’s mind by telling her that if any of her three kids were planning on sleeping in the parking lot of a Wal-Mart in New England, Little Bro was best suited for it. I wouldn’t do it because I don’t want to be raped, and unlike my Big Bro, Little Bro has been in several physical fights in his life and always won. Granted that was back in middle school, but some experience is better than none, right? Little Bro has also been pretty dedicated to weight-lifting this year, so if any member of our family had to get in a fight, Little Bro has the best odds of success.

Anyway! Little Bro, or James as he prefers to be called, has been on the road for a month now and has been documenting it all on Instagram and other social media and his blog titled James and the Giant Road Trip. He’s going up through New England, down the coast to Florida, and then back to Indianapolis, with estimated “tour dates” here, though they’re off by a few days now because the point of this thing is to go where life takes you. He started out at a three-day, silent, Buddhist retreat at the Bhavana Society in West Virgina. (There were spiders, and you’re not allowed to kill them because of the Buddhism.) He then made a loop through New England, checking out Niagra Falls and swimming in borrowed swim trunks at Walden Pond where David Thoreau wrote his famous book. Most recently he finagled his way into a private tour of the first Unitarian Church in the US (he is a world-class finagler), and visited Thomas Jefferson’s “little mountain” home, Monticello where sadly he did not pay in cash so he did not get $2 bills in change which have Jefferson’s face on them.

So, if you like a good travel blog, I suggest you check it out. I know my mom likes that she’s able to keep track of him, and I’ve enjoyed reading about all the unexpected but fun things he’s been able to do. It also makes me a little sad that this isn’t something a woman or a black person could do with as much ease as my brother who has the best gender/race combo when it comes to having pleasant interactions with the police and not being assaulted. Over a decade ago, my Big Bro was travelling in Russia and was invited by someone who worked at an art museum in Russia to come back after hours to see paintings in the basement that weren’t currently on display. It was a cool treat for Big Bro, but as a woman there is no way in hell I would have taken up Igor Whatshisnameavich on this offer if I’d been traveling alone in Russia. Like, no fucking way, I don’t care if you have unicorns and ponies in that basement, I ain’t going down there alone with a strange man, thanks. White dudes, I hope you appreciate the fact that you get to move so freely through society.

I’m glad Little Bro is having a good trip and it’s been fun to follow along from the safety of my locked apartment. If you leave a comment on his blog or Instagram, let him know his sister sent you!

Later: It’s cold outside and I got a new (to me) car. Welcome to 2018!
Earlier: One (last?) time, please call your Senators about healthcare
Home: Main blog index