It probably goes without saying that the #1 thing I like this month is that Congress has not taken away my health insurance. Big, BIG, BIG thanks to everyone who made calls and sent emails to their representatives on my behalf. You guys are awesome. Hopefully Congress will lay off this for awhile, I can stop harassing my friends in swing states, and I won’t have to live in a constant state of anxiety about my life and livelihood. *fingers crossed* 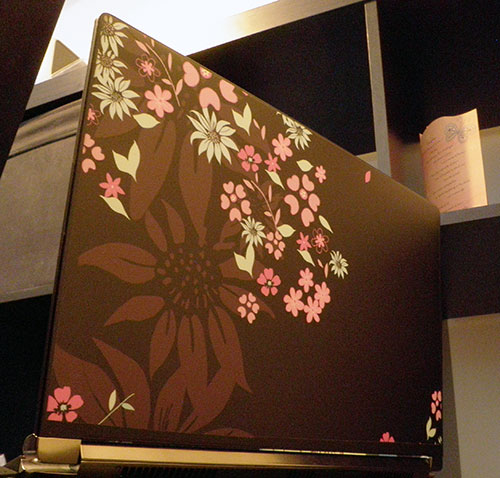 When I got my new laptop in November 2015, I also bought a decorative decal for the lid. I enjoy having a pretty laptop, but the main reason I bought the sticker was because in the dark I’d noticed there was a tiny, pinprick of light shining out the back where the plastic logo was embedded into the lid. I didn’t want to learn what might happen to my screen if dust or moisture got through that teeny, tiny, hole, so I purchased a decorative sticker from Decal Girl to put over it. According to the site, the decal is made of “automotive-grade cast vinyl, the same material used on vehicles and sides of city buses,” so it’s held up really well and still looks great.

I also bought a decal for my phone case while I was on their site. My plain white Otterbox case does a good job of protecting my phone from damage, but it was so dull to look at. I thought the sticker might last a month before it started peeling off, but it’s held up amazingly well. I’ve had it for 19 months and it’s only recently started to peel a bit, which has way outlasted my expectations. It also makes me happy to look at my phone. 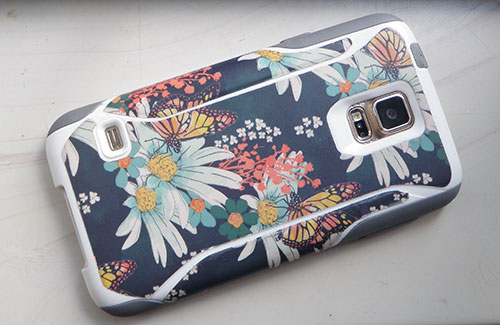 Decal Girl has TONS of designs to choose from, so the hardest part of the purchase was deciding which one to pick. Seriously, I spent at least two hours trying to make a decision. Or you can upload a custom design if you prefer. They also sell stickers for tablets, gaming consoles, keyboards, drones, and all sorts of things. If you buy a laptop skin, I recommend you get them to custom cut it if you’re not getting one already sized to fit a certain model. I cut mine with scissors and it looked a bit sloppy. Then I realized I still had a T-square and an X-ACTO knife from the graphic design class I took in college and was able to make a cleaner cut, but it would have gone better if I’d just paid the extra $5 for them to handle it.

I work on the computer for most of the day, and if I don’t take breaks I can get eye strain, my shoulders tighten up, and I’ll get the start of a bad headache. Last December I had to work several days straight to push out a web site by a certain date, and I realized if I took small breaks every hour I was able to get more work done in the day than if I’d tried to sit there for three hours straight.

Not too long after that I downloaded WorkRave, a program that runs on Windows or Linux and is designed to “assist in the recovery and prevention of Repetitive Strain Injury (RSI).” Basically, it reminds me to take breaks. You can configure how often you want a reminder and how long the break should last. A little popup starts bouncing across your screen for about 20 seconds before the break is about to start, so you can postpone it if you’re in the middle of something. Then when you take the break it locks your screen for the length of the break, though you can press a button to end the break at anytime. You can also set a maximum amount of time you’ll allow yourself to be on the computer in a day and it will warn you if you surpass that. There are stats too, so you can see how long you were on the computer each day and how many breaks you took.

I admit, sometimes I’ll skip a break all together if I’m coding something and don’t want to get out of “the zone,” that state of mind that occurs when you’re entirely focused on solving a problem. However, it’s been pretty helpful overall and I think it’s improved my health.

Countable is both a web site and an app for Apple and Android that allows you to track what your Congressional representatives are voting on and how they voted. This is something I would have had zero interest in last year, but became essential to me this year because of the healthcare debate.

I really just use the app because it will send me notifications where there has been a vote and gives a brief, plain-English explanation of the bill. They also display arguments for and against each bill. You can select what topics you’re most interested in, like technology, privacy, civil rights, etc. so you’ll be more likely to get alerts about things related to those issues. It makes it easier to follow what’s going on in Congress.

It’s also made me aware that a lot of the bills they vote on are boring or confusing or irrelevant to my life. I don’t really have a strong opinion on whether regulations involving energy infrastructure projects that cross international borders should be reformed. Not do I really care if a rule letting states enroll workers in state-managed IRAs is overturned. But at least I can see how my reps voted on these issues! You can also email your reps through the app, but I usually just call them instead. I actually have them saved to my contact list at this point. 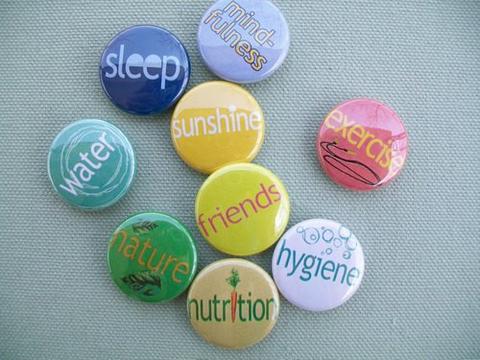 If you’re feeling depressed or unwell or you’ve had a bad day, it can be easy to forget there are some simple self-care actions you can take that might boost your mood. That’s why I bought the Self-Care Reminder Magnet Pack (or Button Pack) from Pioneers Press and stuck the magnets to my fridge. They remind me that any of the following things can make me feel better when I’m feeling down: nutrition, friends, sleep, water, exercise, mindfulness, sunshine, nature, and hygiene. I like seeing them on my fridge, and maybe someday they’ll remind me that I don’t need to eat an entire pint of ice cream to feel better.

Later: Two months of physical therapy a.k.a “How was your weekend?”
Earlier: I may lose my life or my livelihood if you don’t call your Senators today
Home: Main blog index