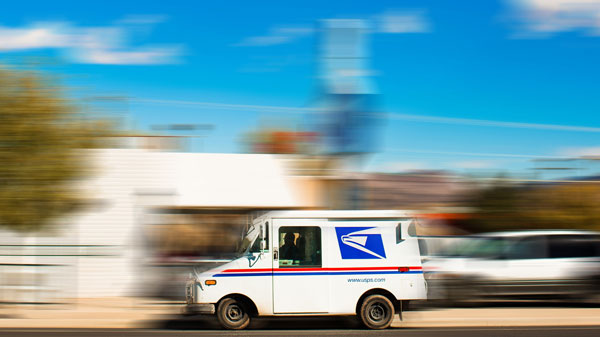 A few weeks ago I got an online notification that a package I was expecting had been delivered at 10:47am that morning. I’d been home all day, but no one had knocked and there was no package outside my door. This wasn’t surprising because the postman has a history of leaving “Attempted to deliver” notes in my mailbox even though they did not attempt to deliver anything to my door, despite the fact that it’s literally 20 yards from the mailbox gazebo and I can see their truck out the window of my home office. I can see you Mr. Postman, and all I see are lies!! The only thing they attempted to do was lighten their work load. I’d rather they left me a note that said “Too lazy to deliver” or “My sciatica is acting up” or “I’d like to get home in time to see my wife and child” as long as it wasn’t a lie.

So I checked my mailbox and strangely there was no package there either. I figured they must have delivered it to the rental office and forgotten to leave any notes about it, but when I checked the office the next day they didn’t have the package either. That’s right, the post office had now escalated from lying about attempting to deliver my packages to lying about delivering them at all.

To add to my frustration, it was now Saturday afternoon and the post office was closed, so I didn’t have any hope of contacting a real person about this problem until Monday. I checked my mail again on Monday, just in case, and found two letters in my mailbox, except they weren’t addressed to me. They were addressed to someone else in a different apartment. That’s when it all became clear. The postman had delivered my package to someone else! It was most likely somewhere in a 100-yard radius of my apartment, I just didn’t know where. I’d received someone else’s mail a few weeks before this as well, so that meant there were at least 3 incidents in the past two months in which mail was erroneously delivered.

I sent an email to the rental manager asking if she could email everyone in my building asking if they’d received my package, but before I got a response there was a knock on my door that evening. I opened the door and there was my upstairs neighbor holding my package asking, “Is this yours?” I squealed with delight and greeted him as if he were from Publisher’s Clearing House and had just handed me an oversized cardboard check for a million dollars. I don’t think I’ve ever thanked someone so ecstatically for doing basically nothing.

It was also the first time I met my upstairs neighbor, who is my second favorite upstairs neighbor ever because he is my second quietest upstairs neighbor ever. All of which made me think, what if the postman wasn’t incompetent but was actually playing matchmaker, trying to force residents of the apartment complex to talk to each other? I don’t think this is true, but it could be a basis for a cute short story which I claim dibs on. I always try to say hi to my neighbors if I see them, but all I usually get in return are short replies, maybe a head nod, and if I’m really lucky, actual eye contact. It’s odd that I live so close to so many people and have practically no idea who they are. The only other times I’ve met neighbors is when:

So why not have a mailman/matchmaker help make introductions? It’s preferable to a cockroach infestation, and I can just imagine him profiling the residents of the building based on what type of mail we receive. “Hmmm, Judy in 4B is a Bernie Sanders supporter and Greg in 3A runs a co-op. They’re perfect for each other! I’ll start switching their mail immediately.”

Of course, I would much rather get my mail in a timely manner than to meet everyone in my building, so I took a roll of masking tape and a Sharpie and clearly labeled the inside of my mailbox with my apartment number to hopefully minimize these mistakes. If I’m looking for a date, I can just go on match.com, right?

Later: North Carolina LGBT discrimination and my friend Marcia
Earlier: I’m not sure why I’m enjoying “The People vs. O.J. Simpson,” but I am
Home: Main blog index