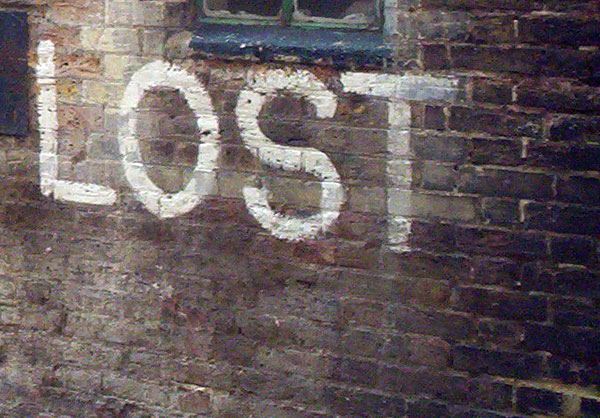 Dear readers, I need your opinion on something. A friend of mine moved away from Chapel Hill to Boston a few months ago. I still read her blog, but when I tried visiting a week ago Wednesday my virus software blocked it. I used an online scanner and confirmed her site had malware, so I sent her an email letting her know about the problem and offering to help clean it up. I didn’t hear back from her, so I sent another email on Thursday from a different email address asking if she’d gotten the other email. Again, no answer.

On Saturday I tried direct messaging her on Twitter, and you can probably guess by now that I didn’t hear back from her. On Sunday I tried emailing her husband, and still, my messages seem to have been sent into a black hole. I decided to give it some more time, but after a few days of that going nowhere I texted her last evening and still haven’t heard back.

So, readers, is there any explanation for what has happened other than that I have been blown off in an epic fashion? I’m trying to convince myself otherwise, but there doesn’t seem to be any other rational explanation. As far as I know we were on good terms when she left. I can’t think of anything I’ve done that could have caused her to pretend I don’t exist. I did tell her I don’t like the city of Boston, but she’s been rather vocal about not liking Chapel Hill, so surely she can’t be holding that against me. I even admitted that Dunkin’ Donuts serves my favorite coffee and there is a DD on every street corner in Boston. Every corner!

I tried convincing myself she was away and didn’t have internet access, but both she and her husband have posted to Twitter and Instagram in the past week, so that’s not the case.

I’ve tried telling myself that my messages might have been sent to the spam box because they had the word “malware” in them. But that doesn’t explain the second email, Twitter message or text that didn’t use that word.

I’ve considered the fact that she might be dead and someone is impersonating her on social media, but that’s doubtful. Though if it’s true, it’ll make one hell of a news story.

I’ve wondered if it’s like the movie Wicker Park (spoiler alert) and she has been trying to contact me and some third party is deleting or intercepting our messages (maybe even Rose Byrne herself!), but that’s pretty outlandish. I guess if her blog got hacked her email might have as well, but surely she would have seen the Twitter message and text, right? I guess she could have changed her phone number, or someone could have stolen her phone, but how is she posting to Instagram without a phone? Can you see the mental gymnastics I’ve been doing to create a reasonable explanation for this?

I know it’s inevitable when friends move away that they get wrapped up in their new lives, make new friends, and slowly lose contact with their old friends. Sure, you see them on Facebook and promise to grab lunch if they’re ever in town, but it’s all lies, lies, lies to cover up the fact that the relationship is not what it used to be and never will be again, and that perhaps your bond was never as strong as you thought it was and maybe you’ve never had any real friends at all and something is horribly wrong with you that you’ll never be able to fix and it doesn’t matter anyway because we’re all going to die alone and end up as stardust and no one will be alive to remember the human race existed at all.

But it’s only been two months! Surely we haven’t descended into that form of nihilism yet.

So, this is my last ditch effort to make contact. Hopefully my friend will read this blog entry and leave a comment letting me know what the fuck is going on, because right now my feelings are hurt. I don’t have many friends in real life, so I’d hate to be ghosted by one of the ones I do have. I’d rather have a friend break up with me and tell me why they think I suck than for them to disappear without a trace.

I’ve also been in some lopsided friendships over the years. Sometimes it’s been my fault for not giving back as much as I was getting, but more often I’ve been the one giving a lot more than I’m getting back. I’ve vowed not to do that anymore. There’s a point where you have to stop chasing after someone. So this is the final outreach. Meg, are you out there? Can you get to a computer? What the fuck is going on? If you hate me, just let me know. Thanks.

And get that damn malware off your site!

If anyone else can think of a good reason why this might have happened or has a story to share about being dumped by a friend, please spin your tale in the comments section.

Edited to add at 6:00pm ET: Meg texted me back that she is still alive.

Later: I’m not sure why I’m enjoying “The People vs. O.J. Simpson,” but I am
Earlier: The great thing about feeling angry, and how it changed my life
Home: Main blog index