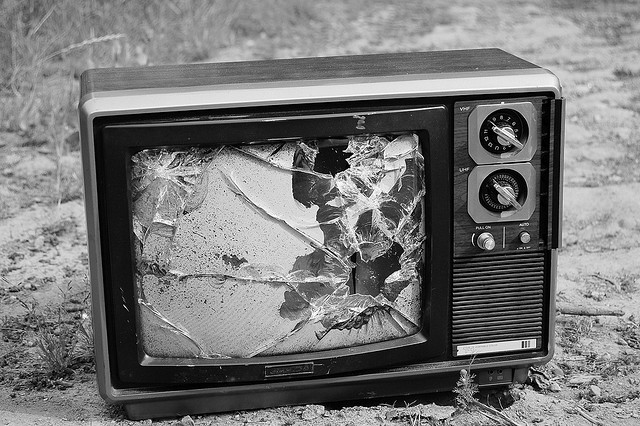 A few months ago I opened the season pass manager on my DVR and removed Castle from the list with some sadness. I wasn’t loving the show anymore and it was time for us to part ways. It made me wonder, what has to happen to a formerly beloved TV show to make me stop watching it? What has been the cause of so many of my TV show breakups?

A main character left
I was a huge fan of The X-Files when it was on, though I was watching mostly for the unresolved sexual tension between Mulder and Scully. I’ve never been so invested in wondering if two fictional characters would ever hook up. (They eventually did in the second film, but that was when I was well past caring.) At the end of season 7 David Duchovny left the show and there really wasn’t a reason to watch after that.

Didn’t like a character development or plot development
I watched the first 2 or 3 seasons of Greys Anatomy and liked certain aspects of the show but hated others. (The long-winded monologues for one.) However, the tipping point that finally made me stop watching was when George and Izzy got together, which felt like watching incest.

I was also a huge fan of The Vampire Diaries for the first three seasons or so. It burned though plot at a frenetic pace and had complicated characters. However, by the latter half of season four I realized they’d all become horrible people who killed and mind-raped others and didn’t think it was a big deal. So, I had to stop watching, though I am still a fan of the TV.com photo recaps by Price Peterson.

Too many changes, which don’t necessarily make sense
I’m not necessarily against change on a TV show, but it has to make sense. So when Castle and Beckett separated earlier this season I wasn’t annoyed so much by the breakup but by the fact that I didn’t understand why it happened. She had to investigate a crime? And she couldn’t tell him? So they needed to part ways for awhile? Huh? Sorry, it just doesn’t make sense. These two do nothing but investigate crimes together.

In addition to that, we started the latest season with Castle’s daughter becoming a practically full-time junior PI even though she was still in college. Captain Gates was suddenly gone with no send off. Beckett was now a captain, and I don’t even recognize this show any more.

Plot got convoluted, uninteresting. No longer fun to watch.
I started out loving Revenge, a series about a girl who comes back to the Hamptons to get revenge on those responsible for destroying her life when her father was framed for murder. In the first few episodes Emily Thorne/Amanda Clarke took down one person after another, crossing their faces off a group photo with a satisfying red X. Then things started to get more convoluted and she wasn’t getting much revenge anymore. They added a Japanese revenge guru and some secret organization called The Initiative got involved and it got less personal and I hadn’t seen a great takedown for ages, so I dropped the show in the second season. The voiceover in every episode annoyed me too because it didn’t add anything to the story.

Don’t get the appeal
I know The Walking Dead is a pop culture phenomenon and garners higher ratings than previously thought possible for a cable show, but I just don’t get it. I stopped watching halfway through the second season and have never regretted it.

Don’t like the new showrunner
I enjoyed the first 4-5 seasons of the latest incarnation of Dr. Who which were run by Russell T. Davies, but when he was done with the job Stephen Moffat took over. The production values got so much better, but the direction of the show, er, didn’t. Moffat is a talented writer. He wrote one of the best episodes of Dr. Who, “Blink,” which introduced the Weeping Angels. He also co-created Sherlock which I absolutely adore. However, when you become a showrunner your personal quarks and tics become more obvious, like the fact that Moffat doesn’t write women well and builds the Doctor up to me some huge, feared, force of nature instead of the stupid, silly, spaceman he could sometimes be. I haven’t bothered to watch for the past few years because it’s annoyed me too much, but I would probably give it a chance again once Moffat lets someone else take over.

Show has been on a long time, lost interest
Even if a show is still pretty good, once it’s been on for over 10 years it’s harder to maintain interest. I spent 2-3 years watching NCIS reruns on cable and a few years watching new episodes until I stopped tuning in. The show hadn’t gotten any worse, it just didn’t hold my attention like it used to.

Don’t have the time
I enjoyed watching the first few seasons of Dancing with the Stars, but when I got my first book deal I had to spend my evenings after work writing, and I just didn’t have time to watch a two-hour competition show and a one-hour results show every week.

We’re also living in an era of “Peak TV” when there’s too much great TV on to watch it all. I have a list of literally 23 TV shows I’ve been meaning to watch that are highly regarded (some of them in their second or third seasons), and I don’t know if I’ll ever get to them all. I can’t spend my time on mediocre drama! Unless it’s mediocre melodrama, in which case I am all in 🙂

That covers all the reasons I can remember for dropping a TV show. Can anyone think of other reasons they’ve stopped watching a show they once loved? Let me know in the comments.

Later: The great thing about feeling angry, and how it changed my life
Earlier: Stuff I Like: January 2016
Home: Main blog index