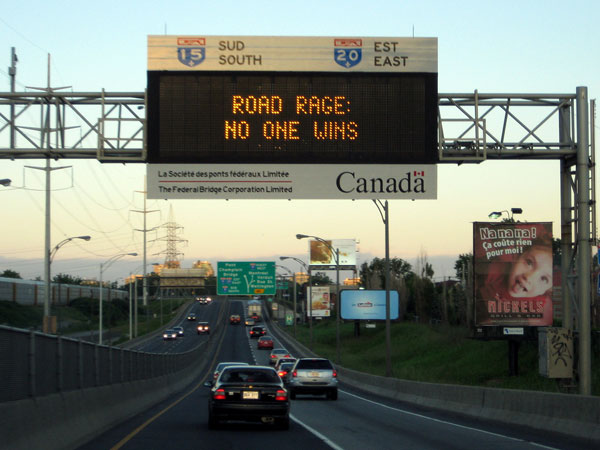 A four-year-old girl was killed in a road rage incident this week which reminded me of the time my mother and I were chased around the mall parking lot by a similar madman, though thankfully he didn’t have a gun.

I was 13 or 14 years old and my mother was driving me to the mall to get a birthday present for my friend Kathy’s quinceañera. My mom changed lanes in preparation for the left turn into the mall parking lot about a hundred yards ahead of us. She must have unknowingly cut off someone behind us because a man in another car pulled up on our right and started screaming at us. In my memory his face is bright red, he’s shaking his fist, and his head is stuck out the window like a dog.

I’m not sure if I’d started using curse words yet at that age, but if I had my first thought would definitely have been, “What the fuck?” We weren’t sure what we’d done to provoke this kind of reaction. At this age the worst confrontations I’d ever had were the typical, minor bullying at school. I’d never been in a physical fight and still haven’t, so having someone scream at me like he wanted to kill me was a new and unwelcome experience.

My mom kept driving and made the left turn into the mall. The guy in the other car followed us, passed us on the left, and then stopped his car short in front of us, blocking our way. He got out of the car with a look on his face that made me think he might actually beat the crap out of us. I locked the doors and my mom switched the car into reverse so she could then turn right down the closest row of parking spaces. We made a big loop around the mall to the opposite side of the parking lot, at which point we seemed to have lost our pursuer.

My mom and I walked into the mall through a department store on the opposite side of the mall we’d actually wanted to enter on. As we walked through the store we saw not one, not two, but three mall security people staggered throughout the perfume counters and clothes racks. That made us believe mall security had seen the incident on their surveillance cameras and were prepared to diffuse the situation if the guy followed us into the store. I know mall cops are the butt of a lot of jokes, but I was glad they were there that day.

The fact that I remember this incident over 20 years later shows how terrifying it was. It still stands as the only car chase I’ve been involved in, and my mom made an excellent getaway driver. I sometimes wonder what caused that guy to feel like he needed to pursue a mother and daughter around the local mall. Did he have a bad day? A bad life? Did he feel guilty about it later, or did he rationalize the event in his favor? I don’t know. I’m just glad he didn’t have a handgun with him. Little Lilly Garcia was not so lucky, and now no one will ever be going to the mall to buy her a quinceañera gift.