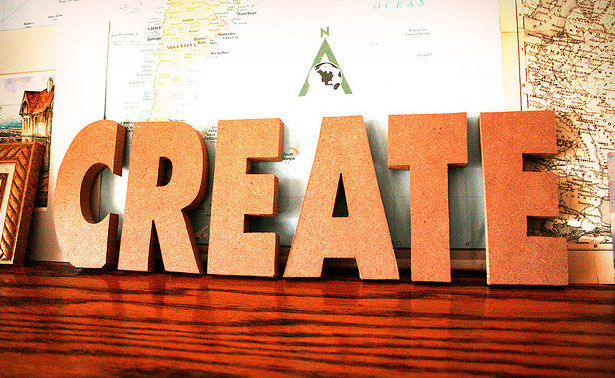 At the Blend Conference last year I came into a session late after hopping away from two other sessions that didn’t quite grab me, and I was surprised to see the speaker wearing cat ears. 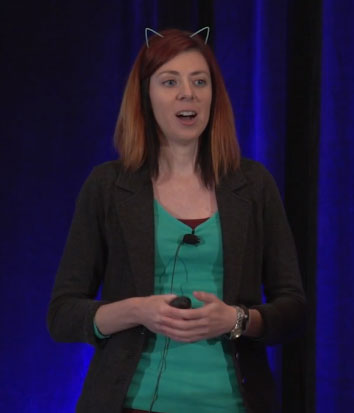 I never learned why she was wearing cat ears, but it did make it much easier to find the video of her speech eight months later when I was searching for it. The presentation was called Shepherding Unicorns: How to be a Good Web Mentor, and the reason I was looking for the video was for something the speaker, Jen Myers, said near the 29:55 mark:

We’re in danger sometimes of seeing more people come up to be consumers rather than creators. And I actually think that’s really scary and dangerous, not to mention we’re depriving them of all the great joy and potential there is in creating things…I want my daughter to be a creator. I don’t want her to just be consuming what other people are making for her.

I’ve thought about this several times since the speech and wondered to myself, “Am I consuming more than I’m creating?” I’m a full-time freelancer, so I have definitely been productive over the past year. I’ve launched several web sites, written lots of code, and edited lots of images. So, yes, I have been creating almost every single day, but I’ve been creating things for other people.

When I think about what I’ve created for myself in the past year…the list gets a lot shorter. I’ve been blogging about once a week because of my ongoing blog bet with Shauna. I created a vision board in February. And I…put together an IKEA table last week. Does that count? I don’t think that counts. Last weekend I went on a coding bender and managed to design and launch my new site in three days, and although it was exhausting and provoked my headache, I felt a fantastic buzz of accomplishment and pride once it was done. I kept clicking through it, looking at different pages on different devices. I watched TV for a bit and then decided to pick up my iPad and look at my web site again. There’s a high that comes with creating something you love that cannot be replicated with liquor or cupcakes. Trust me, I’ve tried.

One of the enjoyable things about writing a somewhat popular blog for many years was that sense of creation. I was building something that wasn’t there before. I was meeting people because of what I’d constructed. I got to go places and do things I would never have done if I hadn’t made a blog where there was no blog before. It was really awesome and empowering. I think I miss that.

There are things I don’t miss about that time too, like the never-ending pressure to write more entries, the constant threat of cruel-hearted criticism, the incessant need to maintain if not increase my traffic, and the foolish way I would compare my accomplishments to others. It could get a bit crazy, and I secretly felt some relief when visitors started drifting away.

However, I do miss that constant sense of creation. I used to be excited to write new entries, but half the time lately I do it more because I’m trying to keep up the habit of writing rather than because I passionately need to share something with the world. When I was writing my books, I had to cut back on my time consuming TV or books because I was spending time creating. These days I spend more of my time watching TV or reading other people’s writing than creating my own. I blame a bit of that on my chronic pain because it can be difficult to sit in front of a computer when your head is throbbing. But some of the blame is just on me. Losing focus. Losing the plot. Losing whatever spark was there before.

So, I should probably do something about that. I’m not exactly sure what it will be, but the desire has been percolating inside of me. Perhaps a new web site design is just the first step. Who knows what’s next? There is always something new to create.