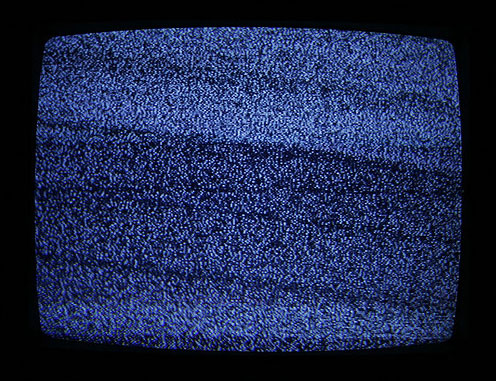 When I watched CBS Sunday Morning today they reminded me that it’s the 20th anniversary of the Oklahoma City bombing, which means it’s also the 20th anniversary of my high school band trip to New York during which I was completely oblivious to the Oklahoma City bombing. At age 14 I wasn’t all that interested in following the news, so when the band went out of town for half a week I was somehow able to avoid reading any papers or seeing any newscasts about the event. I remember overhearing my band director saying something about a bombing to someone else, and there was a snippet of conversation I heard on a radio show on my Walkman when I was scanning through the New York stations, but that was it. I lived in my own little bubble for half a week and came back to town with an “I Love New York” t-shirt, not any appreciation for the national disaster that had just occurred.

When I got back 3-4 days later and saw stories about the bombing on the news, I was like, “Wait, what happened?” But at that point in the story the reporters didn’t bother to explain what had happened 4 days earlier, they just reported on the latest developments. The only way to get news at that time was through the TV, newspaper, or radio, so it was a bit difficult to figure out what was going on. The internet existed back in 1995, but I don’t think any major news organizations had a web presence yet. I didn’t even have my own email address at the time, so the internet was more of a novelty than a useful information source.

As a result, I feel like I missed out on a national moment, as sad as that moment was. Whenever the Oklahoma City bombing comes up in the media I’m reminded that I did not experience that event like the majority of the country experienced that event. Twenty years later, it’s amazing how hard it would be for me to be that oblivious to world events unless I was consciously living off the grid. A tragedy like that would start trending on Twitter immediately, people would share articles in my Facebook feed, and I’d see it mentioned when I visited news sites during the day.

It’s amazing to realize how much more saturated I am in information now than I was in 20 years ago. It’s also amazing that that saturation seems completely normal. When a major news event happens, I expect a bystander to tweet a photo or post a video to YouTube. It’s a bit strange for something major to happen that isn’t recorded. It feels like we’re all having a large, communal experience that we weren’t having decades ago. Everyone is accessing a group of common experiences through videos and camera phones that we couldn’t share before. It’s much harder to know nothing. We all seem to know the same something.

I’m not really sure if this is bad or good. I do like knowing what’s happening in the world. I like being able to Google something and get the information I’m seeking instantly. I like checking Twitter and Facebook, but sometimes they make me feel like I’ve wasted hours not doing anything. It’s impossible to consume everything out there, and I have to wonder if it all seemed more manageable 20 years ago. Or not. There were probably people back then with piles of newspapers in their living room like I have hundreds of links bookmarked in my browser, saying, “I will read this eventually! I promise! I can’t throw it out yet!”

There’s so much media available to consume now that that I feel like I can never keep up. There are dozens of TV shows I’d like to watch that have gotten great reviews, but I don’t think I could watch them all unless I abandoned all my clients and spent all day watching TV instead. And sometimes I’m too tired to focus on something new and would rather turn my brain off and watch some Law and Order reruns instead. *chung chung*

Back in 1995 I would never anticipated any of that. I could just ride along the east coast in a bus full of band geeks without knowing what was going on a few thousand miles away, headphones on, in my own little world. I’m not sure if I miss that or not, but it’s odd to think that it will probably never happen to me again. I’m fairly certain a 14-year-old on a band trip today would hear about a national news event like that while it was happening, not 4 days later. We’re all connected in a much larger community now, and it’s hard for anyone to opt out completely.

Later: I was the governor of the fourth grade
Earlier: Playing the stock market
Home: Main blog index