When I was in fourth grade I became the governor of my class. For one term, anyway. There were three terms and a one-term limit on service. Before that I was the auditor and afterwards I became the librarian, which was a nice, laidback way to spend my post-political career. All of this was made possible by my fourth grade teacher, Mrs. Horney (yes, that was her real name). She set up a simulated government and economy in our classroom that in retrospect I appreciate as an epic, awesome undertaking that she was under no obligation to implement. She really went above and beyond the call of duty on this one, which is why I remember her fondly in my heart.

My class started the year by coming up with a name for our state. We settled on Fourlywood. After that, we had a contest to design the currency for our economy. My grade-school crush, Stephen, won with his design of “Doggies.” (Total tangent: Some basic Facebooking confirms that my grade-school crush is still cute but also gay, which I should have realized when he referred to John Stamos as a sex symbol. My fourth-grade heart is totally broken.) 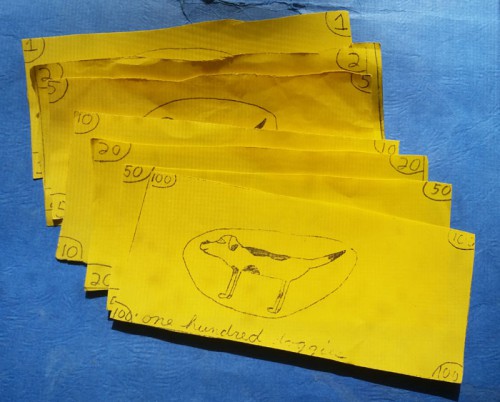 After we had a state name and currency, we all had to get jobs. Mrs. Horney had a list of possible jobs, but I don’t remember how we handed them out. We probably raised our hands if we were interested in a certain job and somehow a winner was determined from those people. The school year was split into three terms and each term you had to switch jobs. We had a governor and deputy governor who I think were elected by the class, though I can’t be sure. I believe those were mostly figurehead positions, because I don’t remember passing any legislation when I was governor. I was the auditor during the first term which means I had a shoebox of all the money in my desk. Remarkably, I never embezzled anything. I essentially acted as the state treasurer and tax collector. Yes, we had to pay taxes.

We also had a bank where you could deposit your doggies and write checks off your account. Two students were named bankers who managed all the bookkeeping. We had to pay rent on our desks every month, which I collected when I was auditor, and if you couldn’t pay your 5 doggies you got evicted and had to sit at a table instead. There were also minor fees you had to pay for some things, like using the pencil sharpener outside of designated hours, which I collected on behalf of the state. 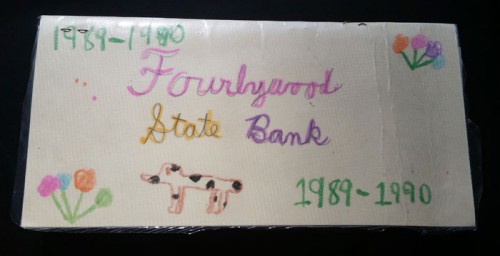 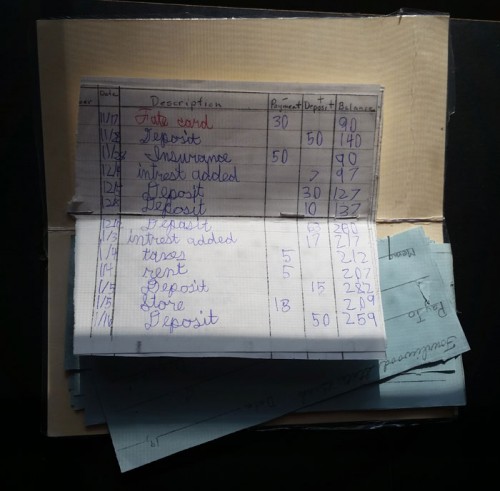 And now comes the part where I must confess something. During my term as governor, I remarkably was never hit by the whimsy of fate. In fact, the first number I pulled out of the box was number 4, my number, only when I read it aloud it sounded like “One.” That’s right, y’all, I was a corrupt governor. Which means Mrs. Horney’s simulated government was even more realistic than even she probably imagined. Thankfully there was no court system in Fourlywood or any police, so my corruption was never discovered and I was never indicted on any charges. It does make me wonder if anyone else in our class got away with embezzlement or theft or other felonies. If you had access to yellow paper and a Xerox machine, counterfeiting would have been ridiculously easy.

We had a flea market at the end of the year where we brought in toys and other things we didn’t want anymore, and we could purchase them from each other using doggies. I’m sure there are other details of this project that I’m forgetting. There is an entry for “Postmaster” and “Store” in my checkbook register, so there must have been a mail system and a regular store where we could purchase things. (Just as I wrote that sentence I had a vague memory of buying Now or Laters resurface.)

Overall it was a fantastic experience. It also happened to teach us about issues we’d have to face in the real world, like managing money and how to get away with deception. I’m not sure what happened to Mrs. Horney. I can’t even remember her first name, and my grade-school yearbook doesn’t list it either. (Yes, I had a grade-school yearbook. Yes, I think that’s kind of weird.) If she ever happens upon this post during a random Googling I’d like to let her know I appreciate all the work that must have gone into creating Fourlywood and thank her for going that extra mile. The fact that I still have Doggies stored in my closet a quarter of a century after the currency was devalued shows how much I enjoyed the experience. It was awesome. It was epic. Governor Fulda thanks her.

Later: Three days without my laptop
Earlier: That time I missed out on a major national news event
Home: Main blog index