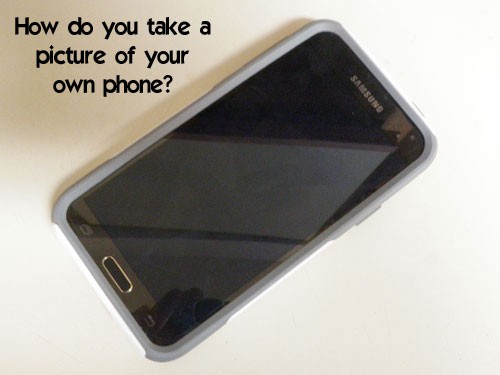 I got a new phone in December because my old one had started rebooting randomly for no apparent reason. When it wasn’t doing that it was outright dying after 10 seconds of Candy Crush Saga. The most painful moment was when it died at a town meeting I was at where a man rambled on and on and on for ten minutes about nothing related to anything, so instead of checking Twitter on my phone I was more tempted to hurl it at the speaker. I considered just getting a new battery, but decided to upgrade since the phone was two and a half years old. I’m a web designer by trade so I should at least appear like I’m attempting to keep up with technology, though I think that’s ultimately a futile pursuit.

I got a Samsung Galaxy S5, upgrading from my Galaxy S2, and it’s made me realize phones have reached a point where they are too complicated for me to completely understand. There was a threshold and we have crossed it. This phone has dozens of features I don’t use, will never use, and probably don’t even know exist. In addition to that, it has features that are supposed to make my experience better, but just make it worse.

The first photo I tried to take was of my skinned knee, a knee that burned like it was on fire, so I wanted to snap that photo fast and get some Neosporin on it already. However, I could not get the damn thing to focus, which is not a problem I had with the S2. I had to take five pictures before I got a clear one. Later I did some Googling and determined that the problem was caused by the “image stabilization” feature that only seems to work when you’re in bright lighting, thus making it more of a “image hard-to-take-ization” feature. I turned it off and haven’t had much trouble with it since. 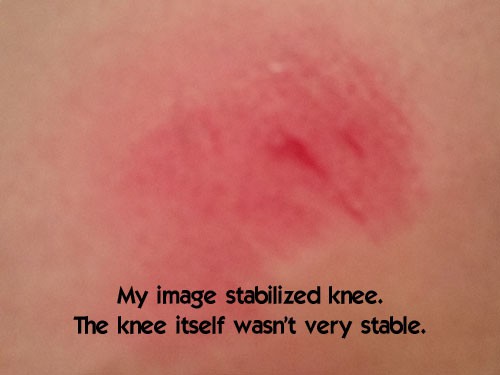 The second problem I encountered with my phone was that it seemed to be good at doing everything except being a phone. Whenever I made a phone call, people said I sounded muffled or they couldn’t understand me at all. I was starting to have a mild panic attack, thinking I’d have to buy another phone to replace my new phone, or wondering if it might be cheaper to somehow run all my phone calls through the Skype app or something. (How ridiculous is it that one of the lower priorities I have for a phone is that it actually work as a phone?) After an hour or two reading Sprint message board forums I finally discovered there was a “Noise Reduction” setting hidden two or three levels deep in one of the settings menus. Once I turned that off, I no longer sounded like one of the adults in a Charlie Brown cartoon. Wah-wah-wah-wah.

My new phone also came pre-configured to scream at me like a maniac whenever there was a national weather service alert. This means I was awoken at 7am in the morning so my phone could tell me there was a cold weather warning, which I did not care about because I was snug in my warm bed. I remember having the same problem with my old phone at first. It was hard to determine how to turn this off because the setting was hidden under the “Messaging” settings, and you can never really be sure you’ve turned it off until a tornado or a blizzard comes your way and your phone doesn’t say anything about it.

I’d also forgotten that when you get a new phone all your applications think it’s ok to send you push notifications, which is why I heard the “chung-chung” of my Law & Order themed message alert at midnight letting me know all my lives had refilled in Candy Crush saga. I’ve had to turn these off one by one as they go off. There is another alert I still haven’t figure out how to turn off. It’s a little song that chimes from 5 seconds when charging is complete, but only when I’ve plugged in my phone with 90% or more battery power left. I’ve looked through all the settings I can think of, done all the Googling I know how, and still have no idea how to disable that. The imaginative part of my mind thinks there will one day be a scenario where I’m hiding from a bad guy in my home and then ♫la-da-dee-da-da♬ my position is betrayed by the damn charging sound I could never figure out how to disable.

A new phone is supposed to be fun, like a puppy. But like a puppy it has to be housebroken and trained. All of which is to say, I am feeling more and more like the “mother” mentioned when people ask, “Could my mother learn how to use this?” I feel like I only understand 75% of the icons and gestures necessary to use the latest apps. I find it difficult to take pictures and talk on my phone. I don’t have full control over the bizarre sounds it makes. I fear this will only get worse with time. I’m not really sure what to do about it other than not to care what people think, and if they do say something rude to me, hurl my old S2 brick at their heads.

Later: If you could get by with 3 hours of sleep a night would you want to?
Earlier: Snowpocalypse 2015
Home: Main blog index