It seemed like bad mojo when I couldn’t find the vision board I made at a vision board party last year. If you lose your vision board does that mean you’ve lost your vision? Yes, I had a picture of it that I’d taken for a blog entry, but that’s not really the same thing. I looked behind the bookcase I’d had it propped up on and… 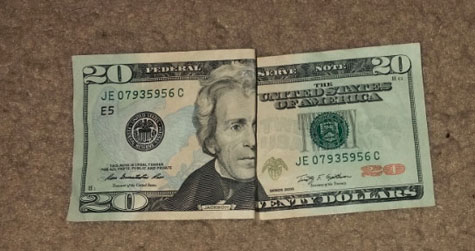 SCORE! I found twenty bucks! I have no idea how it got back there, but I ain’t turning Mr. Jackson away. However, I still had no vision board. After an extensive search of the apartment I finally discovered it leaning against my dresser in the closet, which triggered a vague memory of relocating it there myself a few months ago. Existential crisis avoided. 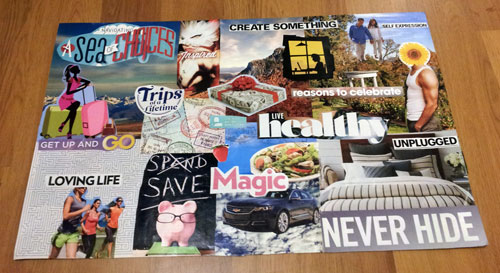 I was looking for my board because the same friend who hosted the party last year held one again last week, this time as a brunch during daylight hours which made her house much easier to find, thank goodness. I took a look at the board and was pleasantly surprised to see that some of the things I’d wanted had worked out for me.

As for the other stuff, uh, it didn’t all work out. I guess we’ll leave it at that. I did like having this little snapshot of what I wanted at that time in my life. It made me realize I had made some progress on things that I might not have noticed otherwise. Sometimes I feel like I’m just killing time and not moving forward in life, but I can see now that I have not been totally standing still.

Here’s what the vision board looks like this year: 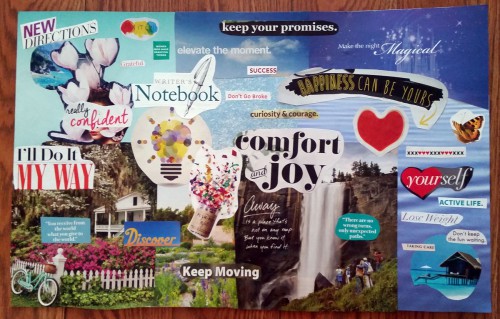 I suppose you can try to interpret it for yourself. I’ll check in next year and let you know how it turned out.

Total tangent, but when I tried opening the photo of the twenty dollar bill in Photoshop I got this message:

In order to work around it I had to open the photo in the default Windows image viewer, take a screenshot of that, and then paste that into Photoshop, which for some reason did not trigger the counterfeiting warning. So bizarre.

Later: Let’s get physical…therapy.
Earlier: My family didn’t exchange gifts this Christmas and it was awesome
Home: Main blog index