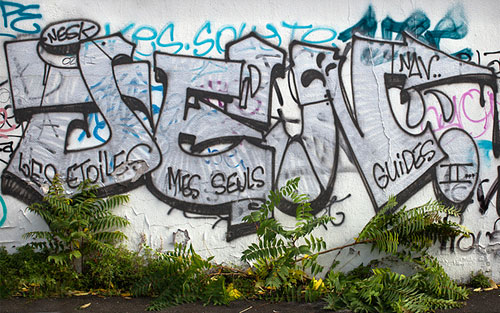 When I named my blog JenFul several years ago someone told me that would make people start calling me “Jen.” I laughed and was like, sure, right, whatever, that is totally not going to happen. If you understand the concept of foreshadowing at all then you’ve probably figured out that, yes, actually, that did totally happen. People call me Jen all the time–in emails, in Facebook comments, and even once or twice in person. And it’s kind of driving me crazy.

Jen is a perfectly lovely name. I have at least three friends named Jen. There’s Jen L. and Jen S. and Jen T. and I would happily have brunch or drinks with them any time and let them sleep on my couch if they ever so desired. However, I myself am not a Jen. I’m just not. I’m Jennette. When I was a kid I was Jenny, but that didn’t really fit and wasn’t unique since every other girl my age was named Jennifer and many of them went by Jenny too. So when we moved during kindergarten I switched to Jennette and I have never looked back.

I like that my name is unique enough that I rarely ever run into any else named Jennette or Jeannette or Jeanette or Johnette or what have you. But it’s also not so weird that people haven’t heard of it before. It is difficult for people to spell correctly, which is annoying, but I’ve become used to that over the years. However that’s also partly the reason I chose the name JenFul for my blog because I knew no one would ever be able to spell my first name correctly in a domain. I figured jenful.com was easier to remember.

Unfortunately this means people that interact with me mainly through my blog have started calling me Jen. And it’s totally my own fault! I wish I could remember who told me this was going to happen because they were extremely prescient and I should have listened to them. Sadly though, I don’t know what to do about it. I supposed I could move my blog over to jennettefulda.com and hope people can find it by Googling. Google is smart enough to suggest that you spell my name correctly, which has earned them my eternal love. 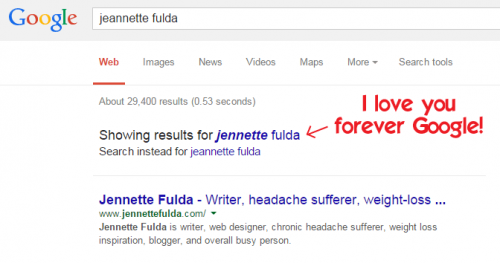 I do like the nickname JenFul a lot though. If people were calling me JenFul instead of Jen, I would be fine with it. But they’re not. So someday when I have some free time to redesign all my web sites (like in 2018) I might change the blog name. I dunno. In the meantime, if you write to me, please don’t call me Jen. Thanks! I should probably add that to the FAQ on the contact form, but no one seems to read that anyway. (NO! I DO NOT WANT YOUR GUEST POST! GO AWAY, PLEASE!!)