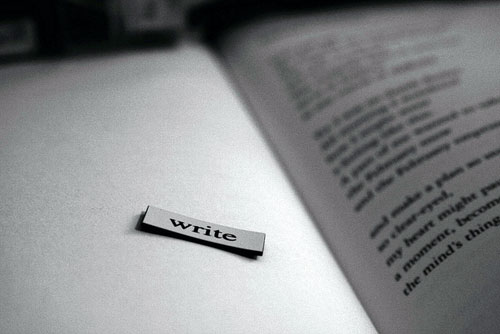 “So what do you do for a living?” asks a woman I’ve just met.

“I’m a web site developer.” I reply. “I specialize in WordPress sites. What do you do?”

“I’m a writer. I’ve been doing a lot of advertising copy and ecommerce stuff lately.”

The other problem is that if you introduce yourself as a writer, people want to know what you’re working on now, and I’m not working on anything now other than posting a blog entry once a week so I don’t owe Shauna five dollars. Even though I’ve written two books, I sometimes feel like a failure because I’m not currently writing the next great novel. I’m flattered and grateful that people are interested in what I’m doing or like my writing enough that they want another book from me, but it also makes me feel like a loser who is not living up to her potential. It’s a bit strange to introduce your self as a writer if you’re not currently writing anything.

However, it is rather silly not to mention that I’m a writer. There have been several times that a royalty check has saved my ass from eating only Ramen for the month. And if we’re playing a pure numbers game, there are more people in the world who know me primarily because of my books or blog than because I designed a kick-ass gluten-free blog. It’s also my job as an author to promote my own books, which is hard to do when you’re not telling anyone about them.

It can also be a bit awkward if someone I introduced myself to as a web developer learns that I’m also a writer, particularly when that person is also a writer. They must wonder why I didn’t mention it earlier. It’s like I’m protecting a secret identity that is so not secret. Partly, I don’t want anyone to feel like I’m showing off. Woo-hoo, look at me with my published books! I’m so fancy! Context has to do with it too. If I were at a blog conference I would introduce myself as a blogger first. I don’t know if I’d mention the books or not, but I’d mention I was a writer before telling them I was also a WordPress developer.

Introducing myself as a writer also make me feel slightly narcissistic or self-important, but that might be because I mainly write about my own life. Look at me! I’m so important! You should be interested in all the minute details of my life! I know some people suffer from “imposter syndrome” where they feel like any success they have has only come because they’re been faking it and eventually everyone will figure out they don’t know what they’re doing. I don’t feel like I suffer from that, though I probably did earlier in my career. I definitely feel like a writer, but I don’t feel the need to tell everyone that.

I don’t know if this will ever change. One day I might actually write the next great American novel, become filthy rich, give up web design, and then I might, maybe, feel ok introducing myself as a writer. Until then, hello, my name is Jennette and I’m a WordPress developer.

Later: Get off my lawn!
Earlier: What a newbie learned about the World Cup
Home: Main blog index