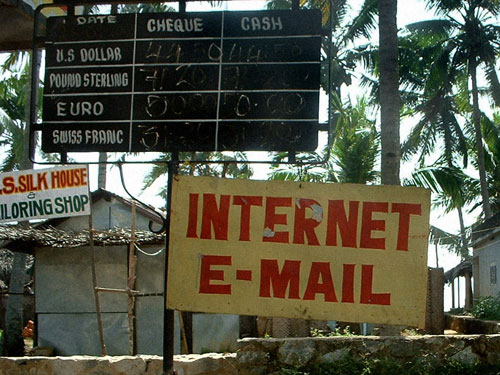 I went over 36 hours without checking my email last week and it was kind of wonderful.

As a web developer and a blogger, I’m rather glued to my email, or it might be more accurate to say email is the glue that holds my professional life together. Without it I’d have to talk to people on the phone. How awful! Although my phone anxiety is nowhere what it used to be, in most cases I find it less stressful to type a message rather than chat it out.

I spend several hours a day in front of a computer with my email software automatically checking for new messages every 5 minutes. If you email me after I’ve dragged myself out of bed, I will probably read your message within an hour or two of you sending it. How long it will take me to reply…well, that’s too embarrassing to mention. But I did read your message even if I feel completely overwhelmed and want to crawl back into bed for the rest of my life!

Last weekend I went to Wordcamp Chicago with the ulterior motive of visiting my family while I was out there. I checked my email before I left for the airport in the afternoon. Between the flight delay, the flight itself, and the drive from the airport to my brother’s house, my laptop wasn’t in reliable wifi range until after 10pm. I had an autoresponder set up on my business email telling anyone to call me if they had an emergency, and no one had called me, so I decided not to bother checking my email that night.

When I left for Wordcamp in the morning I didn’t think about checking my email until I’d left and I hadn’t brought my laptop with me because it’s heavy. I don’t have my smartphone configured to access my email because sometimes you need to step away from the SMTP server, you know? After Wordcamp my brother and sister-in-law met me at the CTA station and took me out for pizza, so by the time we got back to their place I was tired and thought, hell, let’s go for a record! I’ve made it 24 hours without checking my email. If I go to sleep I can make it to 36 hours before the invisible strings of the wifi pull me towards my keyboard.

So that’s what I did.

It was remarkably freeing, and I hadn’t even realized I’d felt so trapped. I hate the fact that each message comes with the responsibility to do something after I read it. That something might be as simple as reading a blog post that looks interesting or taking advantage of a sale a store is offering or replying to a client about a question they have or fixing something that’s broken or figuring out how much to charge for a task I’ve never done before and oh my God I’m exhausted just writing about it. It’s not that I mind reading 60 messages that much, but I do mind having to make 60 choices after reading those emails. Whether I delete the message or reply or add a task to my calendar or sort it into a folder to deal with later, every email demands an action.

That’s what’s so wonderful about having an autoresponder telling people I was away. It freed me from the responsibility to take any action in a timely manner. I could just get to it when I got back. When I checked my messages on the road I could say, “Well, guess I’ll get back to that later,” close my laptop and walk to the lake with my family. So it might not really be that I enjoy walking away from my emails, but that I enjoy walking away from responsibilities for awhile.

I only got one phone call while I was away and it only took 75 minutes to fix the problem. As a web developer I’m always scared something horrible will happen while I’m away, like a client’s database will crash on Christmas Eve or the FBI will confiscate their web server, two things that have actually happened to clients of mine. If all I have to do while I’m away is a simple 75-minute code fix, then I feel blessed.

At the conference I also tried to avoid checking Twitter or Facebook, partly because my phone battery drains faster than it used to (don’t we all!), and partly because if I’m at a conference I like to talk face-to-face with the people in the room with me. Radical idea, I know. It’s a bit hard to achieve it at a tech conference because people are tweeting about what they’re doing and using a conference hashtag and all that, so if you’re off of Twitter you might miss some things. Like, oh, that you won the Pebble Smart Watch in the origami bird competition! Finally, all those years I spent as a child folding paper in my bedroom have amounted to something other than a shoebox full of paper creatures that I have carted from one apartment to the next. 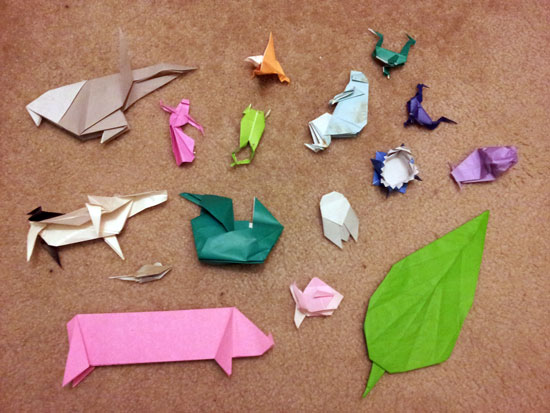 Why, no, I didn’t have many friends as a child, how did you guess? But learning how to fold a sheet of notebook paper into the shape of a dragon did help boost my popularity by about 0.05% To enter the Pebble Smart Watch giveaway I just had to follow the instructions they provided to fold a piece of paper into the shape of a crane. It’s a pretty basic form and wasn’t any trouble for me, but I think it filtered out 90% of the conference attendees from entering the giveaway, greatly improving my odds. I still didn’t think I’d win though, and I was already on my way out of town when they did the drawing. So imagine my surprise when I checked my email the next afternoon and learned I’d won. Whoops! I guess there are occasional advantages to checking your email more than once a day.

Thankfully they didn’t give my prize away to anyone else and it is in the mail on the way to my house as I type. However, you can’t win without also losing, which is why the universe decided now would be a great time for my Kindle screen to break. 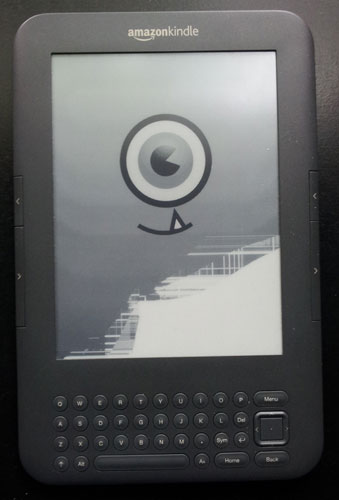 Oh poor sweet Kindle! It’s like the cyclops screensaver slurped up your digital ink. I’ve already ordered a new one and this time I will be much more careful about transporting it when I travel. But the nice thing about traveling is being away, which applies just as much to your email as it does to your location.