Recently it was revealed that Facebook manipulated some users’ news feeds in 2012 to see if the happy or sad emotions expressed in their friends’ posts affected the happiness or sadness of their own posts. It’s kinda creepy, I agree. But I thought you might find it reassuring to know that even though Facebook is all powerful, it can still be kinda stupid–just like powerful people! The all-knowing Wizard of Oz was just a huckster behind a curtain, and the Facebook algorithm often reveals itself to be less all-knowing than we think it is too.

Example 1:
Last year my friend Andy opened a coffee shop in downtown Indianapolis called Bee Coffee Roasters. (If you stop by, tell him Jennette sent you! He adopted Java Bean’s sister, so that makes him family.) Here’s how Facebook thought I should react to the news: 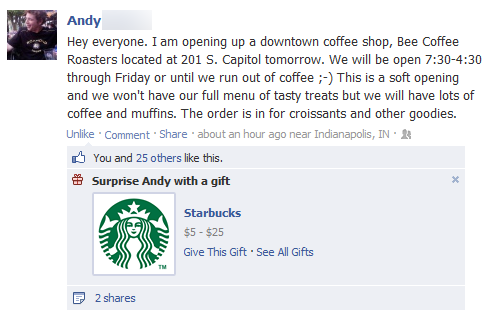 Yes, Facebook, Andy would definitely be surprised if I got him a Starbucks card to celebrate the launch of his store. However, I would not be surprised if he never spoke to me again after that. 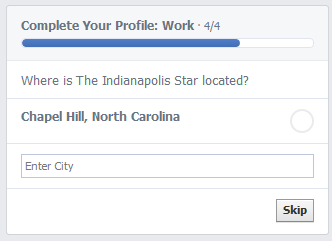 We should schedule Facebook a play date with Google Maps.

Example 3
Even though my Facebook profile specifically states I’m a web designer, Facebook feels the need to insert this sponsored post in my feed every now and then. 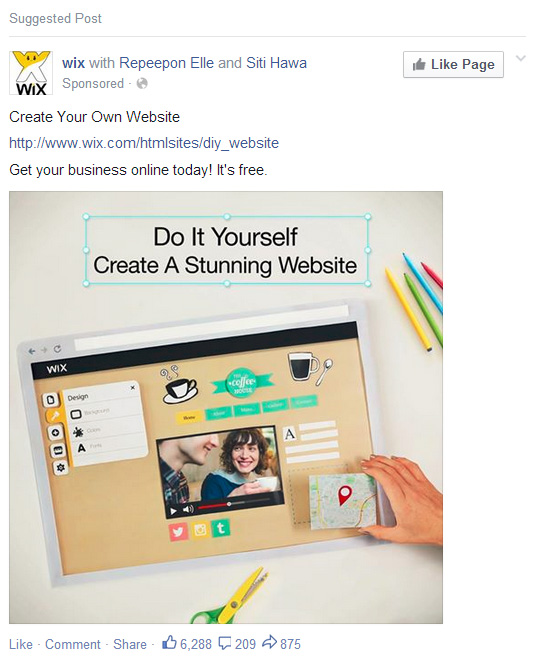 Really, Facebook? You think I need some cookie-cutter template builder to create a web site? I actually feel insulted whenever I see this ad. They read everything I post to my wall and it’s still like they don’t know me at all!

And Facebook isn’t the only algorithm with issues. I logged into Spotify to listen to music the other day and it gave me this suggestion: 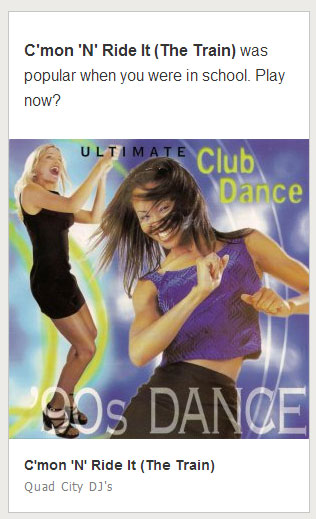 No, Spotify, I can guarantee you I will never, ever, ever want to ride the train. Thank you.

Later: JenFul and The Case of the Mysterious Interstitial Ad
Earlier: No email, no problem
Home: Main blog index