It’s not just the back of this car that’s covered in Frozen decals. 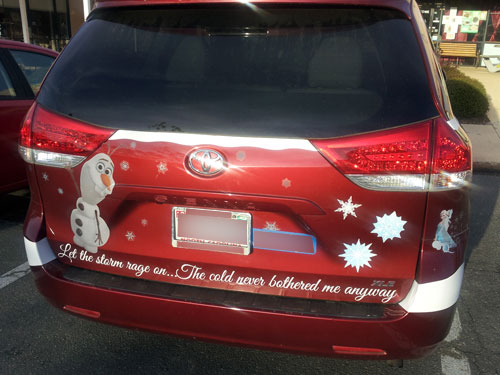 It’s not just the front either. 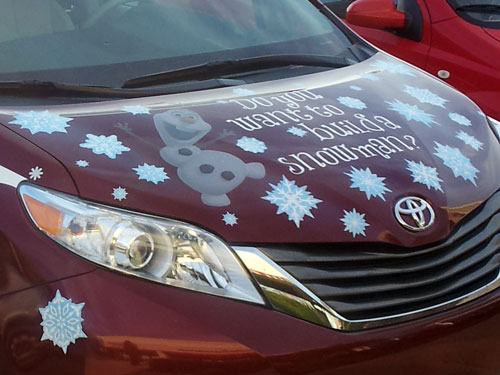 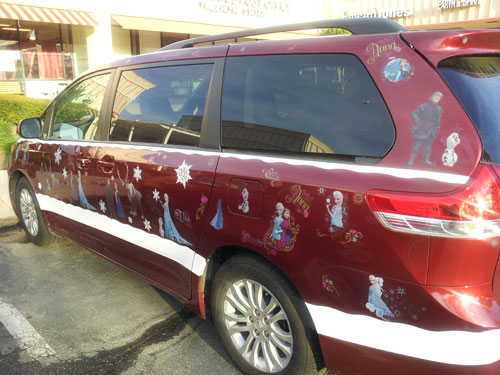 If you’re not familiar with the animated movie Frozen, what’s it like living in a shack in the middle of nowhere? Frozen has made more money than any other animated film and has become a pop culture phenomenon so pervasive that someone has decorated their entire van in imagery from the movie. 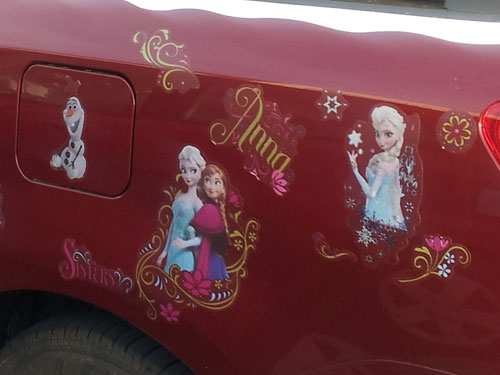 When I saw this van I thought it must be part of an official promotional event. However, I didn’t see anyone promoting the movie near it, and there aren’t any web sites or phone numbers on the car which would be essential if you’re promoting something, so I think it’s just a personal vehicle. I did a quick Google search and I didn’t see anyone selling Frozen car decals, so I’m guessing this is a custom job. Someone out there must love a little kid a whole lot. (The idea that a grown-up would do this to a car for themselves is a little too weird for me to consider.) 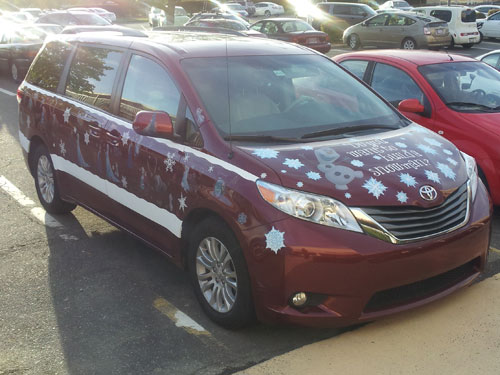 Strangely enough, I saw this van parked in the same spot that I sighted the Powerpuff Girls car last year. It might have been the exact same parking spot. Coincidence? I’m not sure. Either 1) This shopping center attracts people who decorate their vehicles with cartoon characters or 2) The same people own both cars, in which case, can you imagine what their house must look like?

Later: The fault in my location
Earlier: My memory is like Jell-O
Home: Main blog index