When The Perks of Being a Wallflower came up in my Netflix queue recently I expected to like it because I liked the book, but I liked it even more than I expected for one big reason:

Part of me dislikes that the early 90’s took place long enough ago that they are now nostalgic. (1990 was ten years ago tops, right?) The other part of me thinks it’s cool that I’ve lived long enough to see the world change in such significant ways. When I was a kid, I’d watch Nick-at-Night shows from the 50’s and 60’s that seemed so far away and untouchable because everything happened before I existed. Now I’m old enough that I can look back on older times and remember being a part of them. And yes, that means I’m aging, but it also means I’ve seen some cool shit go down. Experience: It’s a good thing.

According to the IMDB the kids in The Perks of Being a Wallflower are attending high school in 1992. I was in high school from 1994-1998, so the film is set just a smidge before my time, but close enough that it doesn’t really matter. If you too attended high school during the 90’s you might appreciate the nostalgia too. 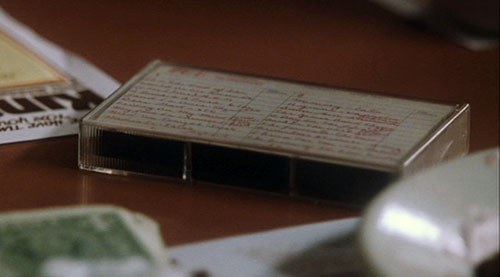 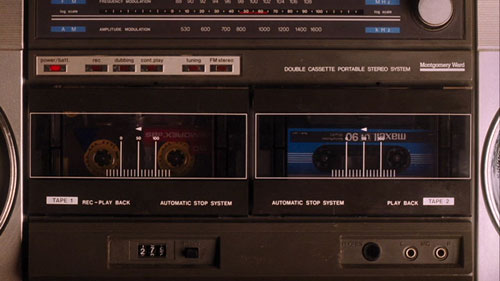 I come from a time when a mixed tape was actually a tape and not a playlist you shared with someone on iTunes. Not only that, I had the same exact cassette tapes that are in the screenshot above! I remember the brightly colored Memorex one in particular because it was a 90-minute tape instead of the 60-minute tapes I usually bought. Not only that, I still have it in my car in case my MP3 player dies, the CD player breaks, and the radio ceases to work, yet somehow the tape player still manages to function. I also loved seeing the playlist handwritten on the cassette label. I still have a Tori Amos rarities mix a friend made for me and seeing the tracks written in his handwriting makes it feel more personal and precious than an iTunes playlist ever would. 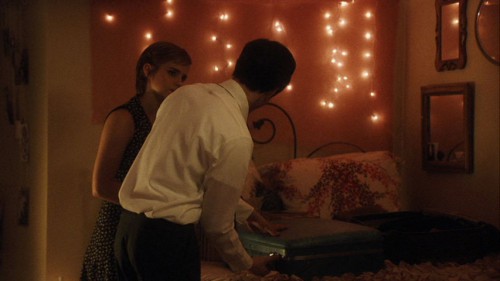 That’s right, kiddos. We used to buy suitcases without wheels! We had to carry them around and they were heavy and we are all much better off now. 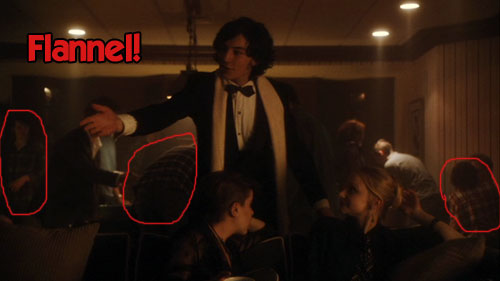 I wore a lot of flannel in high school. I wasn’t into grunge and I didn’t live in Seattle, so I’m not sure why I was always wearing flannel other than it was comfortable and easy to layer. There is definitely a lot of flannel going on in this party scene. 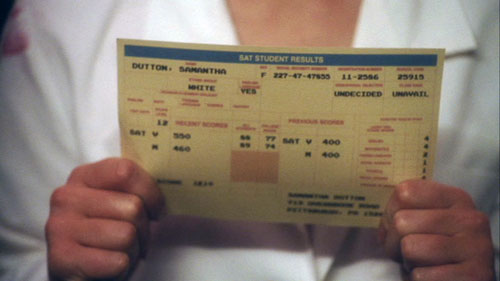 I didn’t remember what my SAT report looked like until I saw this prop in the movie and was like, “That’s exactly what our SAT results looked like!” The blue border, the red type, the maximum total score of 1600. Spot on. Well played, prop department. This is also a great time to brag about my SAT score. 1530 total! 750 verbal, 780 math. I was so proud of this score, yet it serves absolutely no purpose after you’ve gotten into college. It’s funny that I spent so much time studying for and stressing over a test that has such a short period of usefulness. 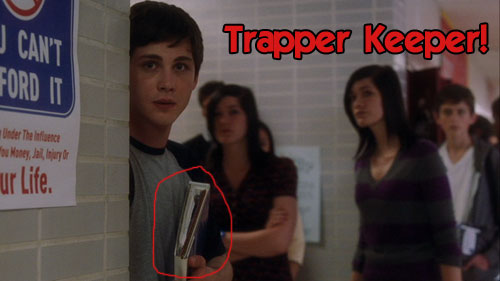 I think of the Trapper Keeper as an 80’s artifact, but I suppose they were still popular enough in the 90’s. I loved mine so much, even after the plastic cracked. 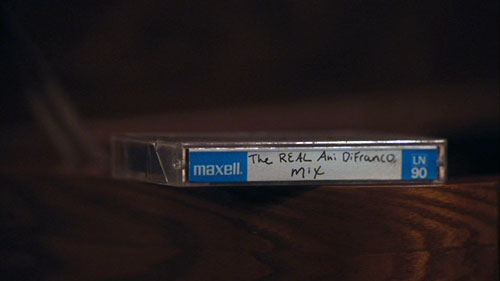 I had a friend who worked at a big-box electronics store and managed to get a copy of Ani DiFranco’s Little Plastic Castle album a week before its release. She snuck it home, made a tape copy for herself and then made a copy for me. This made me feel like the coolest kid in school. Nowadays you can just find a torrent file and illegally download an album before it’s released if your morals are flexible enough, but back in the 90’s getting a pre-release copy of an album was a rarity.

Simply identifying music was more difficult too. In the movie the kids hear a song on the radio that they love, but they don’t know who sings it or what the song is called. These days you can search for the lyrics online or use the Shazaam app to identify a song. Back in the 90’s if the DJ didn’t tell you what the song was, you were kind of screwed. It was particularly hard if it was an older song that wasn’t in heavy rotation. It took me months to find the names of certain songs and when I did I felt like I’d achieved a massive victory. All of this made mixed tapes more precious since it could be really difficult to get a hold of music without the iTunes store or Spotify around. I much prefer how things are today, but part of me misses how those difficulties made the music more precious.

The movie contains various other things that reminded me of the 90’s. They attend a showing of the Rocky Horror Picture Show which I did once or twice with friends. The cafeteria chairs at their school are like the cafeteria chairs from my school, the kind that would lose the foot topper and cause the chairs to make a horrible screeching sound as they scraped against the tile floor. There’s a copy of A Separate Peace on someone’s bookshelf which was part of our required reading. No one has cell phones or the Internet or Facebook. One kid even has to get off the phone when his father wants to make a call because they have only one phone line.

The only thing that was anti-nostalgic was how it was for gay kids at that time. One of the main characters is gay and in a secret relationship with a football player who is not out. Things don’t go so well for them. I went to a magnet high school, so it was a pretty good environment for geeks and people who wouldn’t have fit in at other schools, but I still only remember 1 or 2 people being out. Many years later I learned that several of my friends and acquaintances were gay, some of them rather close friends whom I had no clue about. I think if we were all in high school today a lot more of them would be out. I know it’s still not safe for gay kids in lots of parts of the country, but in our particular school I think it would be ok.

We did have a Spanish teacher who was a lesbian and it was a secret people whispered about like it was sooooo illicit. “Did you know Senora Schaeffer is gay?” It was as if none of us had ever encountered an actual lesbian in the flesh before. Nowadays I doubt that would be a big deal either.

I enjoyed the 90’s nostalgia in this film because it wasn’t overdone. It had such a natural feeling. I suppose as I get older there will be more and more films that do this for me. I’m ok with that because it triggered memories I hadn’t accessed in a long time and made me remember things I didn’t realize I’d forgotten. Those are the perks of nostalgia.

Later: Stickk to it. (That’s not a typo.)
Earlier: The Fuldamobil
Home: Main blog index