Why didn’t anyone tell me about the Fuldamobil?! 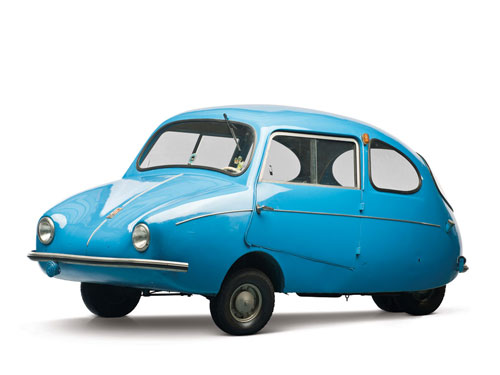 Actually, someone did tell me about the Fuldamobil about a year ago and sent me a link to an auction site selling one, but I cannot remember who it was. Sorry, helpful stranger! I appreciate the tip more than my long-term memory might imply.

The Fuldamobil was part of a now extinct line of micro cars that originated in Fulda, Germany. They were built in the 1940’s and 1950’s, but I somehow never heard about until the 2010’s. I knew there was a city called Fulda in Germany. I even knew there was a Fulda tire company that snatched up the domain Fulda.com before I thought to do so. (Which is a shame because I probably could have sold it to them for big bucks since I would have had a legitimate claim to the domain unlike a typical cybersquatter.) I’ve even collected some Fulda tire memorabilia, like a patch that fell off my suitcase last year that I’m still mourning the loss of. Yet somehow I never heard about the Fuldamobil.

One might say that whatever car I’m riding in automatically becomes a Fuldamobil because Jennette Fulda is on board, just like any plane the president is on is called Air Force One. But it’s nice to see one that has the Fulda coat of arms on it as well. 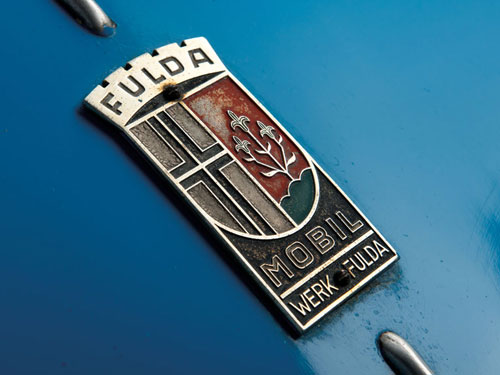 By the way, every time I type “Fuldamobil” I want to start singing the theme to The Gnome-Mobile, that old Disney movie that stars the two kids from Mary Poppins. Am I the only one who remembers that? If not, sing along on YouTube around the 2:00 mark: http://www.youtube.com/watch?v=og57zp8HJoc