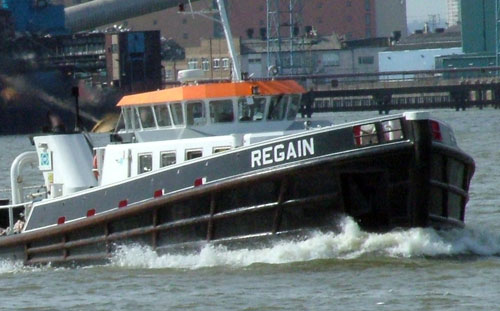 As I’ve mentioned, I’ve regained weight since I was at my slimmest several years ago. The weight started to come back after I got a headache that still hasn’t gone away and I started eating my way through the pain. Chocolate-covered pretzels. Mint chocolate chip ice cream. Krispy Kreme donuts. You kept me sane and I thank you, but you also made me fat again. However, I do not regret what I ate during that first year or two of the headache because it was all that kept me from going nuts. I went for chocolate-covered nuts instead. Eating felt good at a time when I never felt good.

However, I’ve been managing my headache better lately and it’s nowhere near as agonizing as it used to be. So when I look back on the past few years I have to admit that I’ve gotten lazy. I’ve stopped doing the work necessary to keep me healthy and thin. (I realize thin and healthy don’t always coincide, but for me at that time of my life they did.) Sugar may have kept me sane when I was in pain, but it also opened the gateway to bad habits that I’d hope to rid myself of forever. I’m reminded of this every year when the National Weight Control Registry sends me their annual survey asking me if I’m eating low-fat cheeses and how big are my portions and am I exercising regularly and OH MY GOD, National Weight Control Registry, stop nagging me already!! As annoying as it is, their survey does basically serve as a checklist of everything I’m doing wrong, wrong, oh, so wrong.

This year I thought I’d take a look at the different bad habits I’ve adopted since I was at my healthiest and then try to correct them. That way you can learn from my horrible mistakes, and perhaps that’ll give my screw-ups a little bit of meaning. First up:

I’m not sure when I stopped cooking, but I suspect it was a gradual thing. When you regain weight it’s usually because of gradual changes, not because of any sudden spectacular moment of change. Ironically, whenever people would ask me about my weight loss they always wanted to know what my turning point was, as if they expected there had to be a sudden spectacular moment of change. I don’t think that’s how people typically operate. For the most part I think we change gradually, like children growing ever so slightly taller every day, not noticing how different you are until the aunt you only see once a year exclaims, “You’ve gotten so tall!”

When I first started to lose weight, I became smitten with cooking. It was an interesting new thing I’d never bothered with before outside of microwaving a pizza or boiling Ramen noodles. (Oh who am I kidding? I usually ate Ramen noodles raw. CRUNCH!) It was fun for the first few years, but then it became more and more like a chore. The same thing happened when I learned to drive. I would have driven anyone anywhere when I was 16 because it was so cool to be behind the wheel. Nowadays driving is just another task on the list of things I do because I am an adult, right up there with complaining about traffic.

I realize there are people who lose weight and maintain that weight without doing any cooking. It’s possible to eat well without owning a skillet, but I think it’s easier when you do.

If I’m cooking my own meals I have to have materials on hand for those meals. That means I have to buy things ahead of time from the grocery store. This forces me to plan ahead which helps prevent me from eating something bad because it happened to be fast and convenient.

When I cook, I control what’s in my meal

If I’m cooking my own food, I know what is in it. I can make a good guess at how calorie-dense it is. I can make sure to use Extra Virgin Olive Oil instead of lard or Crisco or some other trans-fat atrocity. I know it wasn’t drenched in butter, even if that’s what makes restaurant food taste so good.

I can eat leftovers later

If I’m taking the time to cook something, I can cook a large portion. That means I’ll have leftovers later, so I’m getting several meals from the same time it would have taken me to cook just one meal.

Ever since I got back from the holidays I have been doing a lot more cooking. It’s been pretty basic stuff like whole grain-spaghetti that only requires me to boil water and microwave some turkey meatballs from Trader Joe’s. I’ve been doing a lot of stir-fry too because all you have to do is stir and fry.

What’s strange is that the cooking thing just kind of happened without me making it an official goal. One day I got hungry, but I was out of TV dinners or anything else I could quickly microwave, and I really, really, really didn’t want to leave the house, so I broke down and was like, “Fine! I will cook something! I’ll probably starve to death in the 15 minutes it takes to prepare it, but I have no other options!” So I grilled a chicken breast and microwaved some green beans and made some couscous and it was all rather delicious. It reminded me that, oh yeah, I used to cook stuff all the time. And yes, it is work, and no, I still don’t find it all that fun, but it’s probably a worthwhile endeavor. So I have been cooking more often and eating better as a result.

It also helps that I haven’t been keeping many just-microwave-it types of food in the house. When microwaving something isn’t an option, I’m basically forced to cook. I supposed I could call for take-out, but I’ve been keeping that off-limits in case of a total food emergency that would otherwise leave me eating the crumbs that collect under the stove-top burner coils.

Although this has definitely been good for me, the downsides are that 1) It’s definitely work, and 2) I’ve noticed I’ve had to run my dishwasher a lot more often. Cleaning up after you cook is not fun and might have been one of the reasons I stopped in the first place. 3) I haven’t cooked anything that takes longer than 10-15 minutes, which is limiting my options. If I don’t branch out I’m going to get really sick of stir-fry soon. Still, it’s better than nothing!

I suspect my improved eating might be a result of the hedonistic chocolate rampage that some people call “Christmas” and I call “sugar-geddon” and is best illustrated by this photo: 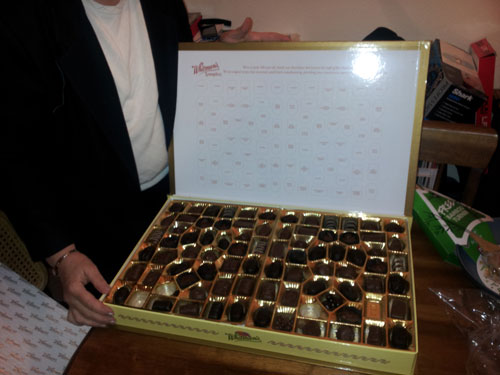 Is a Whitman’s Sampler really still a “sampler” when it’s as big as your abdomen? I don’t know. I do know that the box was so big it was difficult to match the items in the chart to the actual chocolates. I had to start counting columns and rows to figure out where the vanilla cream was.

Anyway, I ate so much chocolate and pumpkin pie and cheesecake over the holidays that by the time I got home I had no desire to eat any of it again in the near future. I’ve been eating healthier in January than I have for months, maybe years, and it’s all been strangely easy. I’ve seriously wondered if my lack of appetite is the first warning sign of some terrible disease that is slowly killing me, but also making me thinner. I suppose that’s a sign of how screwed up my natural eating instincts are, that I feel like I need to go to the doctor and say, “Help! I don’t feel like eating chocolate. Something is terribly wrong with me!” It’s more likely that now that I’ve been off sugar for awhile I don’t crave it like I used to. Sugar can cause an addictive cycle that’s hard to break.

So that’s where I am right now. One bad habit down. Several more to discover and conquer, yet again. I will let you know how it goes.