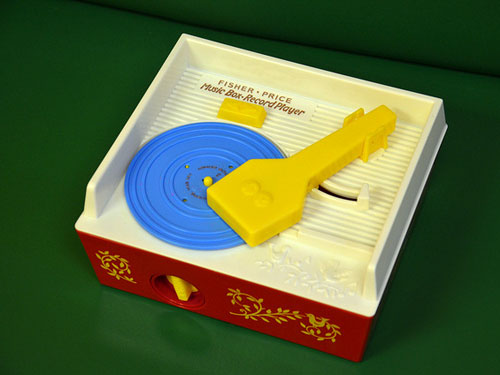 I’m a bit behind on my playlists because I ran out of levels on Candy Crush Saga. Let me explain. Lately I’ve been getting a lot of my new music recommendations from “Epic.Awesome.Videos” on the Palladia TV Channel. To my utmost shock they play three hours of music videos every weekday morning. Crazy, right? I had no idea TV stations still played music videos. So, I set a season pass for the show and in the evenings I would watch it while playing Candy Crush Saga on my phone. Honestly, I spent most of my time fast-forwarding because they’d play several of the same videos every day, but there was enough new material sprinkled in to keep me interested. Or at least, interested enough to listen as I played Candy Crush Saga on my phone.

Then I beat Level 455 of Candy Crush and ran out of levels. Yes, they have up to 515 levels if you play on Facebook, but it’s really hard to play Candy Crush Saga with both a cat and a computer on your lap. It’s not a cat-top computer after all, though they both keep you rather warm. (Dibs on the patent for a cat-top computer!) As it turns out, it’s kind of boring to sit around fast-forwarding through three hours of music videos and ads for Proactiv and the TreadClimber when you’re not distracted by candies that demand to be crushed. So I haven’t been watching it as much and thus haven’t had as much new music to recommend.

Much to my relief King Games released not one but two new episodes of Candy Crush for smartphones on the day before Thanksgiving. I was truly thankful, indeed. So I have been watching videos again more regularly and expanding my music horizons while also fantasizing about switching candies whenever I close my eyes. Level 472, baby!

I’ve included playlists for both October and November this time. You can listen to the playlists in the Spotify players below if you have Spotify installed. If not, the playlists are listed in text below that, and I had to type all that by hand this time because the copy and paste function isn’t working in the latest version of the Spotify software. (Jerks!) You can follow me on Spotify here and view my other playlists here. I’ve also commented on a few highlights below.

Twenty One Pilots – Holding On To You, Twenty One Pilots – Car Radio
Ok, why didn’t anyone tell me about Twenty One Pilots? This is my favorite new band of the moment. There are some thoughtful lyrics, catchy music with unique structures, and at times a ukulele. For instance, the song “Car Radio” is about someone who has to drive around in silence because his car radio was stolen. This is of course horrifying because you have to actually spend time with yourself instead of being distracted by music, or, um, Candy Crush Saga. Yes, their music contains more rapping and shouting than my typical music, but it works. It’s like when you eat an apple slice with goat cheese and you don’t think it’s going to work but it totally does. I also watched a recording of a live show they did (on Palladia of course) and they brought a lot of energy and fun to their performance. Hope these guys go on to even more success!

Pearl Jam – Sirens
Pearl Jam is still around! I find this reassuring, even if I’ve never been a big enough fan to buy an album. I’ve always enjoyed their singles. And I adore the Charlotte Martin cover of their song Elderly Woman Behind the Counter in a Small Town.

The Goo Goo Dolls – Come to Me
The Goo Goo Dolls are still around too! I listened to their latest album “Magnetic” on Spotify and I really enjoyed it. I would have thought they’d be way past relevant at this point in their careers, but it’s a great little alt-pop album. Good job, guys!

Lily Allen – It’s Hard Out Here
Lily Allen’s back, yay! I have been fond of her music for years, especially her ability to tell people to fuck off in such an upbeat way. Did you know her brother Alfie Allen plays Theon Greyjoy on Game of Thrones? He’s the Alfie from the song Alfie!

New Found Glory – Crazy for You
I know this band mostly for its punk rock covers which I’ve always felt ambivalent about, but I really, really love this cover of a Madonna song. I enjoy the album it’s on quite a bit too, From the Screen to Your Stereo, Part II which includes a lot of 80’s and 90’s movie hits (and even a Goo Goo Dolls song).

Hugo – 99 Problems
This is an alt rock cover of the Jay-Z song and quite frankly it rocks. The verses are different, so I guess it’s not exactly a cover. I don’t know if they have a word for what it is.

Moon Taxi – The New Black
I am beyond sick of the expression “the new black,” but this song rocks, so I will hand out a temporary pass for it and the Netflix series Orange is the New Black which also rocks.

Later: An exorcist gave me chocolate
Earlier: A ballsy move for someone who doesn’t have balls
Home: Main blog index