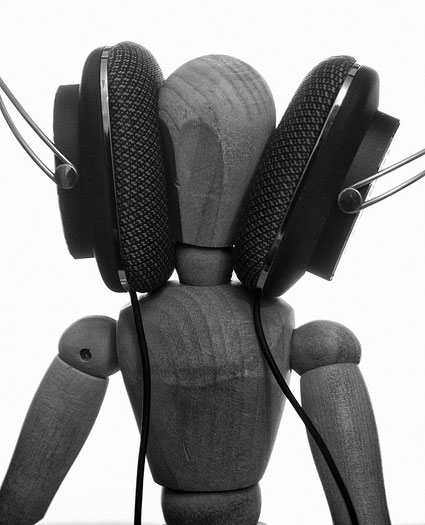 Another month, another playlist. Here’s a list of the songs I was listening to in September 2013. You can listen to the playlist in the Spotify player below if you have Spotify installed. If not, the playlist is listed in text below that. You can follow me on Spotify here and view my other playlists here.

Rachel Platten – Nothing Ever Happens
This song sums up the story of half my life which is as the lyrics say, “Nothing ever happens if you stay in your room.” Well, reading and TV watching and the occasional blog entry happen, but I know that’s not what she’s talking about. “Make a little space and get out of your own way.” Very true, Rachel.

MIKA – Popular Song
I saw the video for this song on TV. (Yes, the Palladia channel airs three hours of music videos every weekday morning. I was shocked too.) Anyway, when it got to the chorus I realized it sounded almost exactly like the song “Popular” from the musical Wicked by Stephen Schwartz. I was afraid MIKA had turned into an outright plagiarist, but I was relieved to find a Wikipedia article that says the music was used with Schwartz’s permission. To make things even more complicated, there is an album version of the song featuring Priscilla Renea and then a much pop-ier version with Ariana Grande (who co-stars on a Disney show with Jennette McCurdy who I am sometimes confused with on Twitter). I prefer the album version, but I included both so you can compare.

The Killers – Shot at the Night
Back in high school I bought the “City of Angels” soundtrack solely so I could have a copy of “Iris” by the Goo Goo Dolls. Fortunately nowadays you don’t have to pay $12 to listen to one song. So I don’t have to buy the upcoming greatest hits album by The Killers just to listen to the two new songs it will include. This is one of them.

Avicii – Lay Me Down
I was listening to the new Avicii album and when I got to this song I noticed that the vocalist sounded a lot like Adam Lambert, an American Idol runner up I like. As the song continued I was like, “I think that actually is Adam Lambert.” And again, a quick Google confirmed the fact. Good to know he’s still performing.

Rachel Platten – Nothing Ever Happens
Rachel Platten – Overwhelmed
Walk the Moon – Tightrope
Passenger – Let Her Go
Serena Ryder – Mary Go Round
The Killers – Shot At The Night
MIKA – Popular Song
MIKA – Popular Song
RAC – Let Go
Betty Who – Somebody Loves You
The White Buffalo – Don’t You Want It
Foals – My Number
Tom Odell – Grow Old With Me
Save The Clocktower – Like That
Dale Earnhardt Jr. Jr. – If You Didn’t See Me [Then You Weren’t On The Dancefloor]
James Blunt – Bonfire Heart
White Lies – There Goes Our Love Again
Marié Digby – Umbrella
The National – Graceless
The Naked And Famous – The Mess
M83 – Claudia Lewis
Kodaline – Love Like This
Avicii – Lay Me Down
Arcade Fire – Reflektor

Later: Google Instant is a bit of a gossip
Earlier: Climb every mountain. Slowly. And with lots of rest breaks.
Home: Main blog index