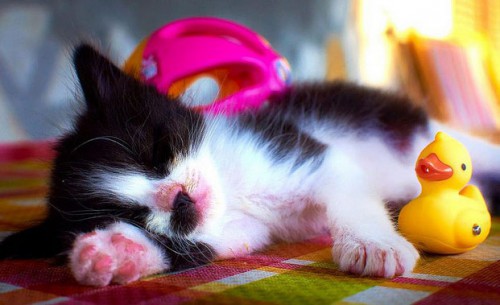 I have a new neighbor in the apartment above me. I know this because it was 5:30 in the morning and I wanted to kill him.

Let me explain. Lately I have been working hard to maintain a regular sleeping schedule. This is one of the many things I’ve developed a new appreciation for as I’ve gotten older, along with shoes with good arch support and the benefits of having a washer and dryer directly in my apartment.

I was essentially on Hawaii time and needed to reset myself to east coast time. Or move to Hawaii. Or start moving one time zone to the west every week until I’d circled the globe. But those weren’t really options. I mean, where was I going to find a place to stay in the middle of the Atlantic Ocean?

As anyone who’s had jetlag knows, resetting your Circadian rhythm is a painful process. However my situation is even worse because waking up early is by far my most reliable headache trigger. I always, always, always get a bad headache after I’ve woken up even one hour earlier than normal. The pain and grogginess lasts for most of the day, turning me into a headache zombie. “Brain! Brain! Oh, my brain!” When I wake up early, I don’t get shit done that day. There is some research that suggests that sleep deprivation messes with certain protein levels in your body that control chronic pain. See, it’s science! I’m not lazy. Or if I am, I’m not just lazy.

So you might ask, if it’s painful to switch, why don’t you stay on your crazy schedule? You don’t actually have to be anywhere, right? Sleeping through half the day and working into the night has a strange psychological impact on me. Once the sun sets I feel like I should stop working. It’s that feeling you get when Daylight Saving Time happens and you’re suddenly driving home from work in the dark. It’s weird. I don’t get as much done as I’d like to, plus all the good TV shows come on when you should be in the latter part of your work day. Working these kind of hours also makes it hard on your social life because you’re working when other people are going out. It also makes it incredibly painful to try to get up and meet someone for brunch on the weekends, when it really shouldn’t require great strength of will to get to a pancake place by 11am.

I’ve known I needed to get into a regular schedule for years. Yes, literally years. And I when I say “literally” I use it in the way it’s meant to be used, not as a substitution for “figuratively” even though the dictionary says that’s ok now (which I consider to be a linguistic atrocity). Every night I would think, “I’m going to get out of bed at a reasonable hour tomorrow. Really, I am. I have to! It’s very, very, very important.” And that reasonable hour would come the next day and I’d say, “You are not a reasonable hour at all! You are a very unreasonable hour indeed! Goodbye, I’m going to sleep for three more hours.” It was an awful cycle that I couldn’t break. The only time I could drag myself out of bed early was when I had a doctor’s appointment or some other meeting that I knew I absolutely had to be at. And even when I managed that, I’d usually take a nap in the afternoon because my headache was in full THROB mode and I felt like shit, throwing off any progress I might have made.

Finally, last February I caught a lucky break, or an unlucky break if you were asking my sleep-wake cycle. My apartment complex replaced all the HVAC units this year with more energy efficient models. On Monday morning at 8am I awoke to the sounds of saws hacking through the drywall in the apartment below me. There was no way I could sleep through it, even with earplugs, so I had no choice but to get up and stumble through the rest of the day. Then on Tuesday at 8am they knocked on my door to replace my unit. While they hacked up my wall I sat at my computer and did work. I was amazed by how much I was able to finish before the time I usually woke up at. On Wednesday I had an early doctor’s appointment, and by Thursday I’d succeeded in resetting my body clock! It was fantastic and great and I continued waking up at a fairly reasonable hour for several weeks.

Then I got sick.

I got a cold and it was the downfall of my hard-won sleep schedule. I had a hard time falling asleep at night because I couldn’t breathe well through the congestion. I took naps during the day. I even slept through the election of the new pope!

By the time I got well my sleep schedule was totally off again, but last month I finally got so fed up with myself that I tried a new plan. I’d often thought about trying to push through and just skip one night’s sleep, but I’d never been able to manage that. Instead, I purposely stayed up as late as I could before I started to feel like I was on the verge of seeing purple elephants dancing across the entertainment center. This ended up being 9am. I then took a four-hour nap, and after that forced myself to stay awake for the rest of the evening, finally crashing for a night’s sleep at 11pm. Needless to say, I didn’t get much actual work done that day. I got up at 10am the next day, and it was still rather difficult. My body was still in its old rhythm even though I’d slept for a good chunk of time. But I got up! It was a monumental feat! The automatic coffee maker helped lure me out of bed. Then I felt like shit all day and didn’t get much done again. I woke up at 10am the next day and slowly it started to get easier and easier. I was making real progress!

This is where we get to the part where I want to kill my neighbor.

I live in a college town, so it’s common for a lot of people in the one-bedroom units like mine to move in and out around summer. I could tell I’d recently gotten a new upstairs neighbor because I could hear him. I heard him bounding back and forth, because why walk when you can stomp? I heard him squeaking the floorboards in way that made me think he might be competing in the sex Olympics, but wasn’t in quite the right rhythm for that (I hope). I heard him clomping up and down the stairs outside, talking noisily to his friends. And worst of all I could hear his phone vibrating.

At first I thought it was my own phone vibrating, and had to check to be sure I hadn’t gotten a text message. I heard the vibrating noise pulse repetitively for about a minute one evening around 7pm, like he’d set an alarm. Then I heard it again another afternoon. At this point I wasn’t sure if it was a phone, or if it was even the upstairs neighbor’s phone, but I didn’t have any other guesses.

Then I heard the phone vibrating at 5:30 in the freakin’ morning. I heard it first in my dream and felt a sense of confusion when I slowly faded into wakefulness and realized, oh, this is really happening? It was faint, but evidently loud enough to wake me up. And it kept going off. Over. And over. And over. And over. And over. And over. And OMG I was so over it going off over and over! All in all it went off for at least 40 minutes. I tried using my earplugs to drown it out, but the sound was able to permeate the foam. Eventually I put on a pair of headphones and listened to the new Travis album which was the only thing that could drown out the sound, even though sleeping with headphones on is somewhat uncomfortable.

Oh, and did I mention that he’d also run his washing machine at 1:30 in the morning that very same night?

Oh, and that his alarm had gone off at 6:30am the week before this too, though for only about 5 minutes instead of 40?

If I had been 100% sure at that time that the alarm was coming from upstairs, I would have walked up there in my pajamas, banged on his door, and screamed “TURN OFF YOUR ALARM OR I WILL KILLLLLLLLL YOU!!! AND THE JURY WILL BE ON MY SIDE!!!!” The doubt was the only thing that stopped me, because as bad as it was to be the asshole who left his alarm going off at 5:30 in the morning, it would be far worse to be the asshole banging on someone’s door complaining about it when it wasn’t actually his alarm.

Anyway, later that day I wrote him a letter that essentially said, “Welcome to the neigborhood! Would you please shut the fuck up?” Though I phrased it more nicely than that. I taped it to his door and later that evening a young med student knocked on my door and apologized for it all. I was willing to forgive him for the alarm incident because there’s no reasonable way I could expect someone to know that I could hear their phone vibrate through the floor. I’m surprised it’s possible at all, but I suspect the vibrations must travel through the furniture and then through the floor too, amplifying the sound. I don’t normally hear anything else through the walls except for people moving around. Or squeaking the floorboards in ways I don’t want to think about.

So, despite the efforts of my neighbor, who as a future doctor should appreciate the benefits of getting a good night’s sleep, I have continued to maintain my “normal” sleep schedule. I’m falling asleep before 1am most of the time. I’m naturally waking up around 9 or 9:30 without the alarm. I still don’t necessarily want to get out of the bed even though I’m awake, for which I doubt there is any cure. But I am managing it! It’s going well! The headache hangover went away after the fourth or fifth day. I’m falling asleep more quickly for the most part. And I generally think I am healthier mentally and physically for it.

I still sometimes hear my neighbor’s phone vibrate, but it is usually followed by the sounds of someone clomping around quickly to turn it off. It hasn’t gone off before 9am again, at least that I know of.

And thus completes phase one of “Operation: Get My Shit Together. No Excuses.” Which can be shortened to the handy abbreviation Operation: GeMSToNE. Phase One was to establish a regular sleeping schedule. There are other phases, some of which are already in progress which I will update you on in the coming weeks. Assuming I actually do get my shit together.