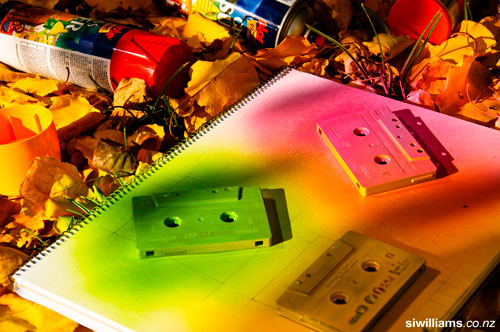 It’s that time of the month again when I inflict my amazing taste in music upon you. You can listen to my August 2013 playlist in the Spotify player below if you have Spotify installed. If not, the playlist is listed in text below that. You can follow me on Spotify here and view my other playlists here.

Vicci Martinez
I don’t watch The Voice on NBC, but I do know that it’s been more successful at making its judges famous than its contestants. Which is why I had no idea Vicci Martinez had been a contestant until after I’d listened to her album and Googled her. I had her album on repeat for at least a week.

CHVRCHES
That should be pronounced “churches.” I think the band switched out the “u” with a “v” to make it easier to find them on Google. I’m really, really looking forward to this band’s first album to be released later this month. I’ve been listing to their electro-pop EPs a lot lately.

Wolf Gang
I’ve been extra lucky this month because this is the third band that I’ve really been digging. Their album Suego Faults came out several years ago, but I only recently discovered it.

The Naked and Famous – Hearts Like Ours
Here’s another band with an album coming out later this month that I’m excited about. I liked their first album, “Passive Me, Agressive You.” Between this and CHVRCHES I was having a rather elecro-poppy month in August.

Panic! At The Disco (feat. Lolo) – Miss Jackson
This song reminds me a lot of “My Songs Know What You Did in the Dark” by Fallout Boy which I had on an earlier playlist. I never quite know what to think when songs are that similar, but I like it nonetheless!

Later: Climb every mountain. Slowly. And with lots of rest breaks.
Earlier: Who needs sleep? I do. And on a regular schedule a.k.a. Operation: GeMSToNE, Phase 1
Home: Main blog index