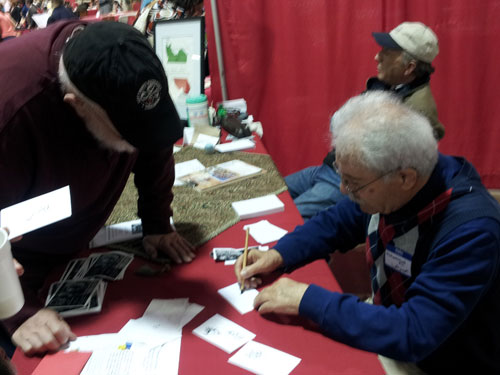 I met Mohammad Ali at the Raleigh Persian Festival last May, though he wasn’t the one who floats like a butterfly and stings like a bee. (At least, I have no proof that he does.) I swear to God that was his real name, or at least the name he’d written on his name tag, so maybe he was just playing with us. He was at a booth where you could get your name written in Arabic, which I took him up on. 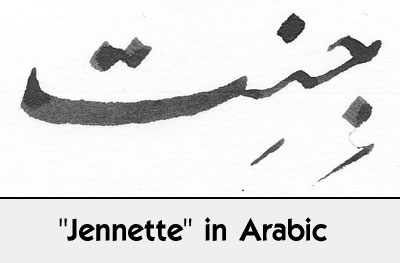 Interestingly, this is similar to the Arabic word “jannat” or “jannah” which means paradise. This is the eternal paradise, similar to the Christian concept of heaven. Please don’t call me Heaven though since that sounds a bit too much like a stripper name. 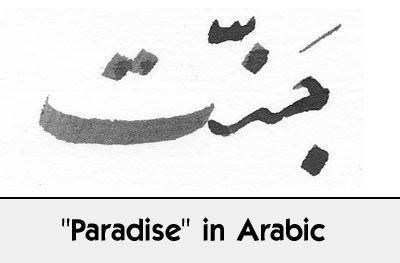 I’m pretty sure I matched the correct writing to the right word, but it’s possible I flipped those. If so, forgive me, I don’t speak Arabic or I’d open up my own booth.

This is the second time I’ve had my name translated to a foreign language. The first time happened when my book Chocolate & Vicodin was translated into Chinese and I learned my name was Zhen Nai Te Fa Er Da. I don’t know if that sounds like a stripper name or not.

Updated at 3:00pm ET: Readers of this blog more familiar with the language let me know that not only had I flipped the words, I had them upside down. Whoops! I guess this post should have been titled “Easily Confused.” I have now updated the images so they are correct (I hope). You will need to refresh your browser to see the proper images if you loaded the page before I posted this notice. I think this serves as further proof that you should never ever get a tattoo in a foreign language unless you’re 100% sure what it says 🙂

Oh, and the proper term for the language is Persian-Farsi, not Arabic although it was written in Arabic script.