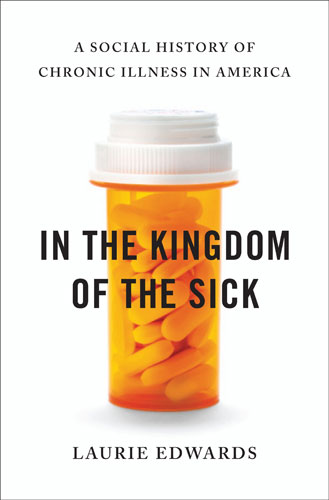 Disclosure: I was provided a free copy of this book to review.

I should start this post with an apology because I was supposed to review this book when it came out two months ago. However, as someone who lives in the kingdom of the sick mentioned in the title, I have become somewhat unreliable. I hate that I’ve become unreliable, but I don’t really know what I can do about it when my head hurts and a bright computer screen is not the cure. I’ve had a few rather blah months, as you can probably tell by my lack of writing recently. When I was feeling well I had to prioritize paying work, and I kept pushing back this review again and again. All of which is to say I’ve been an asshole, particularly since Laurie Edwards was kind enough to blurb my book Chocolate & Vicodin a few years ago. Laurie, I’m sorry. Hopefully as another resident of the kingdom of the sick you’ll understand and pardon me.

Ok, so, the book! I was excited to get a copy of this book because I really enjoyed Laurie Edwards’ first book, Life Disrupted: Getting Real About Chronic Illness in Your Twenties and Thirties which was like getting good advice from a big sister who was also chronically ill. Laurie has PCD (primary ciliary dyskinesia) which is an extremely rare lung disorder, and she also suffers from bronchiectasis, thyroid disease, and celiac disease because, you know, life’s not hard enough. Let’s throw a gluten allergy in there while we’re at it!

As the subtitle suggests, Laurie’s book is “a social history of chronic illness in America.” Although this is a more academic book than her first one, at its heart it’s still about the people who live with chronic illness, which is why I connected with it. It’s about how other people view those of us who are chronically ill (rightly and more often wrongly), the problems we run into, the way technology and other people affect how we cope, and how all of these things have changed (or not changed) over time. Because I suffer from New Daily Persistent Headache, I’m usually only exposed to the slice of this experience that involves head pain. It was interesting to get a wider view and see how people with illnesses like Lyme disease, AIDS, cystic fibrosis, diabetes or other chronic diseases face similar challenges and stereotypes

Edwards has done extensive research on the topic, which you can tell by checking out the lengthy bibliography and notes section. She also interviewed lots of people who are quoted throughout the book which helps illuminate different perspectives on topics as well as mix up the narrative. While this book is heavier than Life Disrupted was (both figuratively and literally since this one’s a hardback), it remains readable, and hopefully it can help people who don’t live with chronic illness better understand those of us who do. Because really, you might be one of us some day. That’s not a threat. That’s just statistics.

BTW, if you’re curious about the title, the phrase “kingdom of the sick” comes from an essay by Susan Sontag titled Illness as a Metaphor which she wrote in 1978. I read it a few years ago and it’s fairly interesting in its own right, although all the talk about tuberculosis makes it seem dated. It’s only 87 pages according to Amazon, and there’s evidently a follow-up that I haven’t read which extends her ideas in light of the AIDS crisis. As Sontag stated in the opening paragraph of that original work:

I currently own a condo in the kingdom of the sick! Don’t be jealous. (I know, you’re not. Pretend you are though, ok?) And although Laurie Edwards lives there too, she makes a really great neighbor. 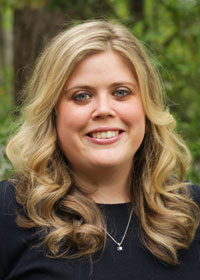 If you’d like to know more, you can check out an interview with Laurie Edwards on NPR’s Fresh Air. (Are you impressed? I’m impressed. If I ever make it on NPR I will consider myself made, and I don’t think my appearance on Marketplace Money asking about my 401K rollover complications counts.)

Or you could just go ahead and purchase the book on Amazon. After you do, catch up with Laurie on LaurieEdwardsWriter.com, Facebook, and Twitter.