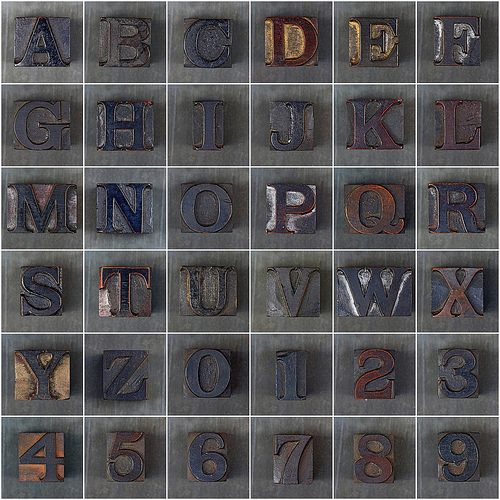 Whew! I made it! Thirty-one days and thirty-one posts composed of over 14,000 words. They account for 27% of all the entries on JenFul so far. It was a lot of work. I stared at many blank Word documents. I spent a lot of time going through my big list of blog ideas thinking, No. Nope. Not that either. That one will take too long. I don’t want to spend time thinking that one through. I have no idea what that one even means. When I did pick a topic I would type and then hammer the backspace key into oblivion. Writing is hard, even when you know what you want to say, even harder when you don’t. I often wanted to abandon an entry, but would finish it off because I had to meet that damn daily deadline.

Despite all that, or maybe because of it, the experience left me feeling really fulfilled. After I’ve been writing for a few hours, I get a happy, feel-good buzz in my brain. It’s a feeling of happiness and satisfaction that I don’t get with alcohol or candy, a feeling of a job well done. I also discovered that once I got into writer mode my brain found it difficult to switch out of that mode. I might write three entries on a Saturday afternoon, but still be scribbling down notes for new entries all through the evening when I really just wanted to watch TV. Suddenly everything I thought about seemed blog worthy. Everything needed to be written down! I remember feeling this way when writing my books, and it’s a way I don’t feel when I’m not writing regularly.

However, a post a day is not a pace I can keep up. If you’re thinking of attempting the same project I’d recommend that you stockpile 2-3 entries before the month begins to give you breathing room. You can check the timestamps on my posts to see that I started to fall behind on the 5th of the month, and then I frantically started posting later and later in the day until the 15th, when I’d finally managed to stockpile some entries over the previous weekend. After that I was able to stay at least a day ahead.

One problem with posting every day is that I shied away from writing entries that might require a lot of thinking, revision, some more thinking, and few days to percolate before more revision. Instead I found myself searching my list of ideas for something I could pound out in fifteen or twenty minutes. Ironically, I sometimes spent fifteen to twenty minutes deciding on a topic, which I could have spent tackling a bigger idea. And sometimes the little posts ballooned into bigger entries anyway.

On the other hand, the perfect is the enemy of the good, so having a daily deadline forced me to finally write some posts I’d been putting off just so I could get something out there. It helped that I’ve been keeping a big list of blog ideas for years. If you don’t have a big list like that, you can Google “writing prompts” and get plenty of suggestions. If you’re thinking of doing this, you also might want to choose a month that has 30 days.

It is intensely satisfying to click over to my Archives index and see a post listed for every day in October. This projected reminded me that I do enjoy writing and I should do it more often. I got some really nice feedback from my readers as well, so thank you! It felt rather odd not posting anything yesterday. I had an urge around 11pm to post a picture just so I wouldn’t break my streak, but I pulled myself back and thought, Let it go, Jennette. I am in control of my blog. My blog does not control me. So, I will post when I want to, hopefully more frequently than I have for most of the year. I’m going to aim for a no-more-than-three rule, meaning I won’t let more than three days go by without posting. We’ll see how it goes.

Thanks again for all your comments last month! I don’t think I would have done it without you.

Later: Remember, remember, it’s the sixth of November. VOTE!
Earlier: And they just give us candy?
Home: Main blog index