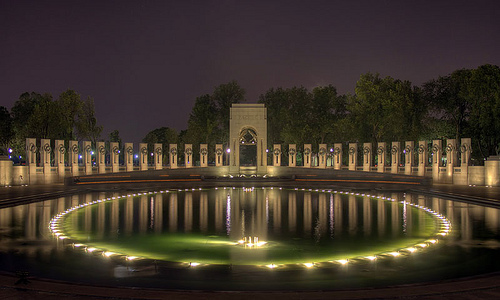 I finally watched Band of Brothers this year, something I’ve been meaning to do for, oh, ten years. Band of Brothers is a TV mini-series about an American airborne infantry company that fought in Europe during World War II. I’d stumble across it occasionally during a Labor Day marathon on TBS, but I wanted to watch it from the beginning, so I never stopped to watch for long.

Spoiler alert: President Roosevelt dies before the end of the war. I preface this with the words “spoiler alert” because I am the nitwit who was shocked by this plot development. Yes, I graduated from high school. I even got all A’s. Oh, Kentucky public school system, how you have failed me. I should have been able to figure it out on my own because I knew Truman had to make the decision to nuke Japan. So, obviously Roosevelt was out of the picture by then. The problem with my history education is that the teachers always ran out of time before they got to modern history. So if you wanted to learn about the French and Indian war, you were good. If you wanted to learn anything about events that directly affected today’s foreign policy, good luck to you!

I have the decency to be embarrassed about this, so I’ve decided to educate myself about World War II. After some Googling, I decided The World at War TV mini-series was the best source. There are 26 episodes, each one 52 minutes long, so it lasts almost as long as the war itself. It was created in the 70’s, so there were able to interview lots of people who were actually involved in the war. It was evidently a landmark achievement in documentary filmmaking at the time for its thorough exploration of the topic. It was created by a British team, so they cover everything leading up to the war, whereas most American films about World War II act like it started on December 7, 1941.

I’ve only watched the first eight episodes, but I’ve already learned a lot that I should have already known. Stalin was on our side! There was fighting in Alaska! France had a huge line of underground forts that did absolutely no good! When invading Russia, check The Weather Channel first!

My only complaint so far is that the interviews are not subtitled, which makes them harder to understand. This was a world war after all, so even though most of the interviews are in English the interviewees accents are French, German, Russian, and Japanese, just to name a few. Even the American accents sometimes sound a bit odd, which further makes me believe accents change over the years. (I’d recently been surprised to learn that what we consider an American accent is what a British accent used to sound like.)

I’ve still got many, many hours to watch, but hopefully it will expand my knowledge of the war beyond what I’ve learned in movies and Emmy-award winning mini-series. No spoilers, please!

Later: If you have something nice to say, say it
Earlier: National Air and Space Museum: They provided the planes and I brought the baggage.
Home: Main blog index