Sitting at red lights can be rather boring, except when the driver in front of you has a clever bumper sticker or license plate. It’s sort of sad that I never get a chance to thank the owners of these vehicles for the small moments of entertainment they provide me. If I were to hop out of my car to thank them they’d probably think I was a carjacker or a panhandler, so I just stay in my car and secretly take photos instead. Here are two that I photographed recently. 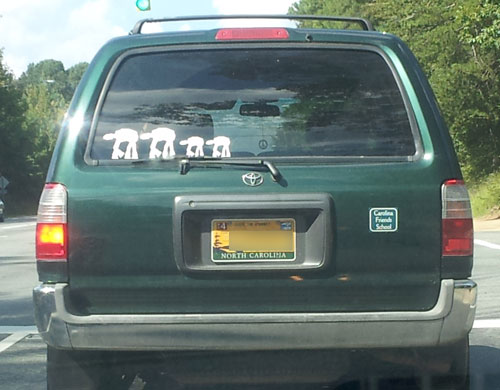 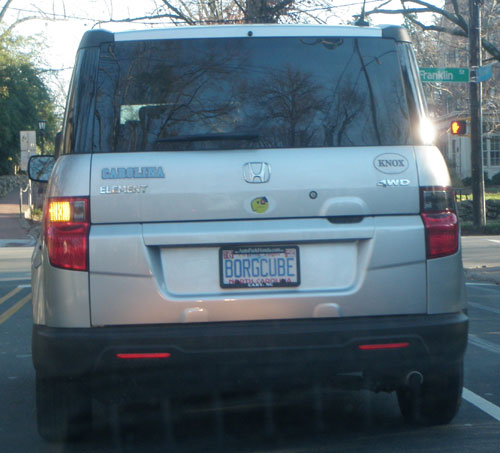 At first, I thought this car was a Nissan Cube, which would have squared the Borg Cube humor. Upon closer inspection it’s actually a Honda Element, but it’s still rather cube-shaped.

Picking a favorite between these two would inevitably spark a Star Wars vs. Star Trek debate. The only true way to pick a winner would be in a drag race.

Later: A tourist in your own town
Earlier: Happy birthday to me!
Home: Main blog index