Last week I was looking over a map of the Battle Park pedestrian trails here in Chapel Hill, lamenting the fact that I’ve only explored the park once on a date with a guy I met on the Internet. Which in retrospect might not have been the smartest activity to suggest for the second meeting with a guy I knew next to nothing about, particularly without telling anyone where I was going. I’m glad this story doesn’t end with the line, “and then they found her body in the woods.” It doesn’t though! So, yay! Instead, this story begins with the line, “What the hell is Gimghoul Castle and what is it doing on a map that features more pedestrian locales like Old Poplar Picnic Spot and Rainy Day Trail?” 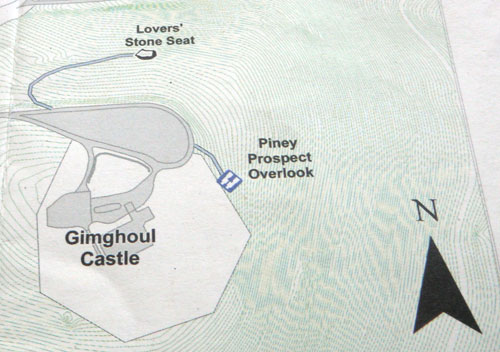 After all, this is a map of Chapel Hill, North Carolina we’re looking at, not Middle Earth or Narnia. The Native Americans were more into teepees than castles, and Gimghoul is a pretty badass name for a castle as it is. It sounds like the place the slithy toves go to gyre and gimble, not like something I’d find near a public park next to the University of North Carolina. So, I Googled “Gimghoul” and discovered that the castle is the meeting place for The Order of Gimghoul, the university’s secret society which is about a secret as any society that has a Wikipedia entry. The Castle was built in the 1920’s for The Order and has a requisite spooky history involving murder, star-crossed lovers, a bloody rock and a duel.

Obviously, I had to check this out, so I drove to Gimghoul castle last Saturday. It’s located in a historic district featuring gorgeous homes I will never be able to afford without some serious life changes. I ended up circling the neighborhood once because the gravel road to the castle looked like it might be a private driveway and I didn’t want to be shot for trespassing. This is the south after all. The castle is hidden back in the woods, so you have to be looking for it or in ownership of a seriously broken GPS. 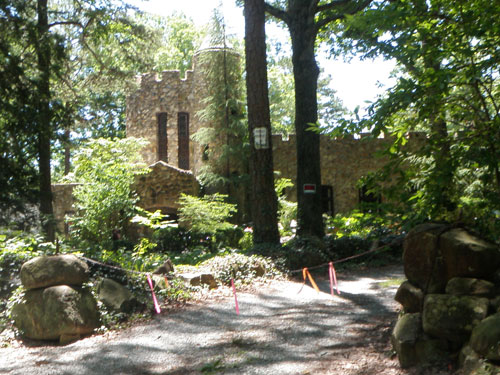 As far as castle’s go, it’s not huge, but it’s definitely a castle. It even had its own guard dog, thought I was a bit disappointed it wasn’t an Irish Wolfhound. 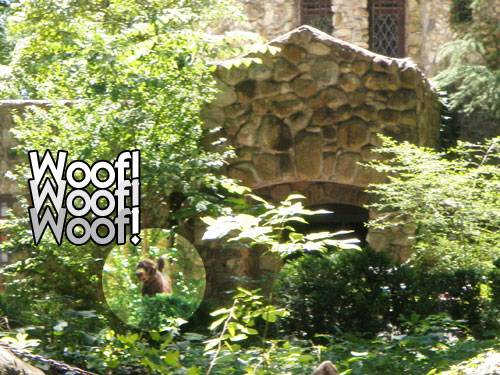 I walked the short driveway in front of the castle, careful to stay behind the “Private Property – No Trespassing” signs, and then I saw this. 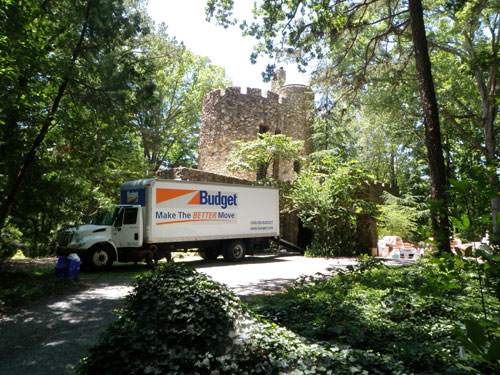 Wow, way to ruin the illusion Mr. Budget Rent-A-Truck. I could almost imagine I was back in the middle ages until I saw this. Not only that, but the contents of the entire truck appeared to be stacked on the front lawn of the castle like they were having a yard sale. (Horrible location for it. No foot traffic.) I appeared to have stumbled upon the castle when someone was moving in or out. Which raises the question, why was a secret society moving all their crap in or out of their not-so-secret clubhouse? I have no idea. They could have been being robbed for all I know. I didn’t see anyone around, and the guard dogs (there was another one) seemed more interested in sniffing tires than running me off the property. 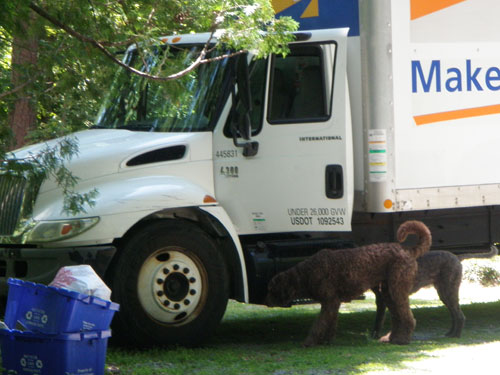 The truck ruined the best angle to photograph the castle, but there are some much better photos on this blog. It’s a quirky and kind of interesting landmark to have in town, but my favorite North American castle is still CastlePost in Versailles, Kentucky. (That’s VER-SALES, y’all, not VER-SIGH. It’s Kentucky, not France.)

When I attended the University of Kentucky the castle was a bit of a mystery. It’s not too far from Lexington, so sometimes I’d take the scenic route back from Louisville to see it. There’s something delightfully bizarre about driving past horse farms and rolling countryside and suddenly sighting a castle on a hill. No one I spoke to ever knew who’d built the place or if anyone lived there. It was closed to the public at the time, but it now appears to be operating as a hotel and event space. Awesome! If I had hundreds of dollars to spare I’d totally spend the night there.

Thanks for trying, Castle Gimghoul. You have a cooler name, but CastlePost is still my favorite!