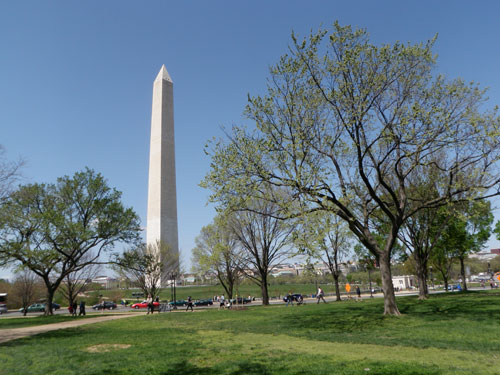 A few months ago I got an email inviting me to participate in the 2012 Headache on the Hill, the hill in question being Capitol Hill. To which you might say, “Jennette, isn’t every day a headache on Capitol Hill?” To which I’d say, “Har, har, har, isn’t that funny? NO, it’s not.” (Ok, it’s a little bit funny, but don’t tell my representatives I said that!) Going to Washington DC and talking to powerful elected officials sounded scarier than Gremlins was as a kid, so I said, “Sure! Let’s do it!” Because I subscribe to the belief that you should do things outside of your comfort zone, which seems like a stupid belief when you’re actually doing things outside of your comfort zone.

Headache on the Hill is a program organized by the Alliance for Headache Disorders Advocacy which is actually 10 headache organizations combined, sort of like two sets of Voltron Lions but without a theme song. Now in its fifth year, the initiative brings together dozens of headache doctors, patients and other advocates (or really, any US citizen who wants to drop in) for a day of appointments with our respective state Senators and Congresspeople. During these brief moments stolen with our representatives and/or their twenty-something staffers, we’ll be asking them to support headache sufferers by:

1) Holding Congressional hearings on headache disorders in Washington DC before the close of the 112th Congress.

2) Renewing funding of research on chronic migraine and post traumatic stress in the DOD CDMR Program.

That’s it! Just two things. That’s not very pushy, right? Constituents are allowed to schedule appointments with their representatives, and representatives generally like to keep their constituents happy, which is why HOH tries to attract people from as many states as possible. We had a training session this afternoon and I’ll be visiting the offices with a group of 3 other people from my state, one of whom has done this several times before, so I know they’ve got my back. We’ll see how it goes!

Later: Headache on the Hill 2012: This is what democracy looks like
Earlier: The New York Diaries – Part 1: Taking New York living for a test drive (though I would never drive in the city)
Home: Main blog index