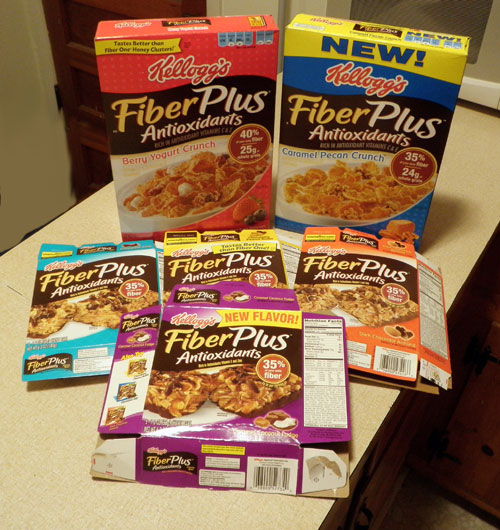 Disclosure: I received free samples of FiberPlus products and a $100 American Express gift card to write this post.

I don’t do many giveaways here on JenFul, but I make exceptions for products I actually use and think my readers might like. FiberPlus contacted me recently to see if I was interested in their Plus Up Your Day promotion, so I said yes because I sometimes buy their FiberPlus bars when I’m traveling by plane. I like to cram cereal bars in my suitcase because they’re small, they don’t go bad, and they’re unlikely to trigger a security pat down. Unlike an apple or a pear I don’t have to find a trash can to throw the core out. I can just cram the leftover wrapper in my pocket. Fiber is supposed to fill you up which is good on a long plane trip with only peanuts and Biscoff cookies to sustain you courtesy of Delta airlines. And because they are high in fiber I have incentive not to eat ALL five bars before takeoff unless I want to be really unpopular with my seatmate. (Toot!) Engage in portion control or experience social embarrassment!

Anyway, they sent me samples of all four flavors of their bars (Caramel Coconut Fudge, Chocolate Chip, Dark Chocolate Almond, and Chocolatey Peanut Butter) and two of their cereals (Caramel Pecan Crunch and Berry Yogurt Crunch). I slowly ate my way through all the cereal bars, typically using them as a dessert option because they contain chocolate. Mmmmm, chocolate. I think the Dark Chocolate Almond was my favorite. The cereal was good too, particularly when I used milk that had NOT gone bad on them. (So totally not a joke!) I did feel a bit guilty eating all of this stuff because I’ve been promising certain people I would try a gluten-free diet soon, but damn I do love my gluten. Gluten and chocolate. Chocolate and gluten. And fiber!

The theme of this giveaway is to Plus Up your day, so I was given a $100 gift card to do that. No, I did not buy $100 worth of cereal. I actually put the money toward Christmas presents because the only thing better than plus-ing up your own day is plus-ing up the days of your friends and family. I can’t post about everything I got because that would spoil it for family and friends who read this blog. (I have family and friends reading this blog, right? Right?) I will say I spent half of the gift card buying other gift cards, which seems rather circular now that I think about it. Here’s an image of two of the wrapped presents. 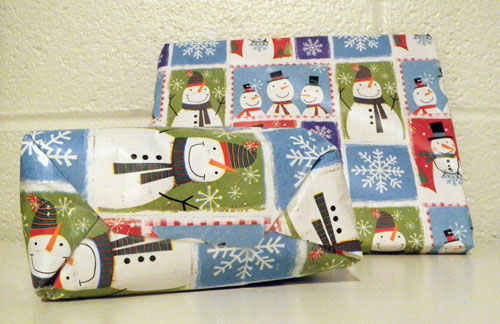 Pretty! I bought the wrapping paper with the gift card as well at Michael’s. (Have you ever been to Michael’s in December? It’s like Christmas barfed over half the store.)

Now you too get a chance to plus up your day anyway you chose with a $100 American Express gift card. To enter the contest leave an entry on this post telling me how you’d plus up your day if you win. Contest starts now (Monday, December 19th, 2011) and ends at 11:59pm ET on Saturday, December 24, 2011. US residents only.  Official rules are available in PDF format here.