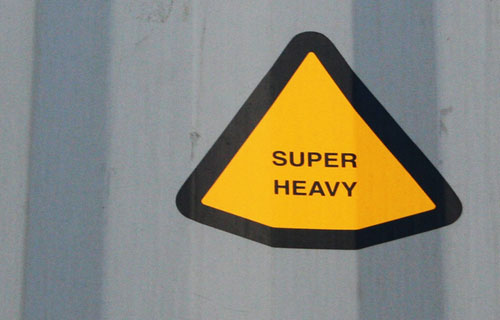 I always marvel at people who make spontaneous conversation with strangers. A woman in the soup aisle of the grocery store once started talking to me about the price of minestrone or something. I went along with the conversation, nodding and responding when appropriate, but inside all I could think was, “Wow, how weird is it that I’m talking to some stranger in the soup aisle?” My social anxiety about talking to strangers far outweighs my desire to talk about barley.

This is why I have deemed the Hess gas station as the chattiest gas station in America. Why?

I don’t know if this is a Southern thing, or if someone stuck a sign on my back that says “Please chat with me as I pump petrol!” All I know is that I’ve had two hit and run conversations with patrons of the Hess gas station this year. I pay at the pump too, so it’s not like they’re chatting me up in a long line while we’re waiting.

The first time happened a few months ago when a woman was complaining about having to go inside to get her receipt. We then managed to talk for over a minute, more than 60 whole seconds, about this problem, and how awful it was that they didn’t always print it at the pump, and why was that? I figured it was because the pump had run out of paper for receipts, but decided that telling her this might encourage her, so I just nodded and agreed as appropriate.

Then yesterday I had just finished pumping gas when a woman bounded out of the gas station and asked me, “Did you used to be heavy?” I was like, used to be heavy? I’m heavy right now! Do you think I took a trip to Jupiter? (On Jupiter you weigh 2.3 times what you weigh on Earth. Science!) I used to be much heavier on Earth than I am now, but my attitude toward my current weight is subject to the half-glass-full/half-glass-empty perception vortex.

So I wondered how she could know I used to be fatter than I am now. Maybe she’s read my book. Two people recognized me during the first year I lived in Chapel Hill, so she easily could have been the third. But no, she didn’t mention my book or ask me if I was Jennette Fulda or ask me to spin around in circles to compare me to my spinning progress photos.

So, again, how the hell did she know? Do I have loose skin flapping around under my chin? My jeans were a bit baggy, but that’s because I’d worn them earlier in the week and they were stretched out. I should have asked her how she knew, but she’d already moved on to ask me what I had done to lose weight. What had I eaten? How much had I exercised? So I found myself giving my general one-minute spiel on weight loss that I perfected over the course of multiple media interviews. Exercise more! Eat fruits and vegetables! Avoid white flour! Eat lean meat and skim milk! It’s hard but it’s worth it!

At this point she lifted up her shirt to show me that she had saran wrapped her belly. “I’ve lost 3-5 inches this week!” And I just nodded and went along with the conversation, observing the scene outside of myself, wondering what was happening and if I really was on Jupiter after all. Then her friend called to her and they got in their car to leave. I checked my front seat to be sure this hadn’t been an elaborate ruse to steal my laptop and purse as I talked about the importance of drinking water. Thankfully all my valuables were all still there. My confusion remained.

Then I drove home. I am undecided as to whether I will stop at this gas station again. I’ve had some weird experiences here, but it’s made for good blogging material. And having someone ask if I used to be heavy is more of a compliment than an insult, right? Maybe?