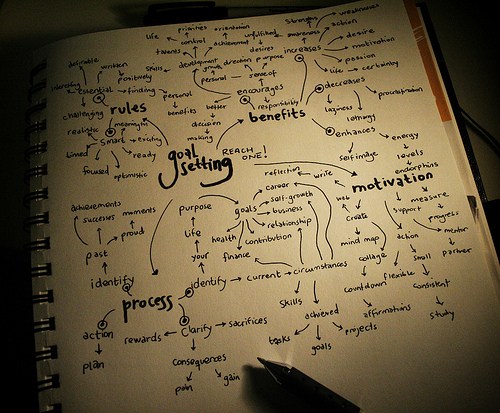 I’ve been experimenting with a site called StickK. The purpose of the site is to make you accountable to your goals. How do they do that? Well, you pledge that if you don’t meet your goal you’ll pay for it, literally. You submit your credit card information and authorize a dollar amount of your choice to go to a charity or anti-charity or a friend if you fail to meet your goal. An anti-charity is a charity for a cause you absolutely do not believe in. StickK conveniently provides several charities both for and against controversial topics like abortion, gay marriage, gun control, the environment, and the president you hate. 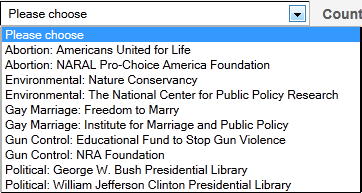 You choose someone to be your referee who will check in once a week and report on your progress. You can also be your own referee, but having someone else do it, someone who’s willing to pull the trigger, is more effective.

The concept behind the site is the same as a principle of human psychology that was covered in a segment of the RadioLab podcast called “You vs. You.” On that show a life-long smoker is trying to quit. She’s at a disadvantage because humans find things that are offered right now to be more appealing than things offered far off in the future. So, the appeal of reducing her cancer risk and saving money otherwise spent on cigarettes seems less appealing than the thought of having a smoke right now. Ultimately it’s a battle against time, of now vs. later. Brain scans show that different parts of the brain actually battle this out.

To twist that concept to her advantage, she tells a friend that if she ever smokes again she’ll give $5000 to the Ku Klux Klan. The thought of giving the KKK money right now outweighs her desire to have a cigarette right now. The long-term plan is tied into an immediate feeling, bringing both fights into the present.

StickK makes it hard to cancel the goal. You have to email the support staff to get it deleted or to reduce how many weeks you’ve committed to achieving the goal. My goal is to get up by a certain time every morning. I will not tell you the time because you will laugh at me and say, “Really, Jennette? You can’t get up by that time every morning?” It is the danger of being a freelancer. I am only accountable to myself and my clients, and none of my clients have demanded that I get up earlier.

However, I didn’t get a referee for my goal. I chose to self report on it. Aaaaaaaaannnnnd…that hasn’t worked, obviously. It’s about effective as getting the oil industry to self-moderate safety regulations. So, if I really want to do this I’ll have to get someone to be my referee, someone who will actually rat me out if I fail.

If it works I might set some other goals, like exercising for X days a week, or limiting myself to only X junk food snacks a week. Hopefully I will Stickk to it.