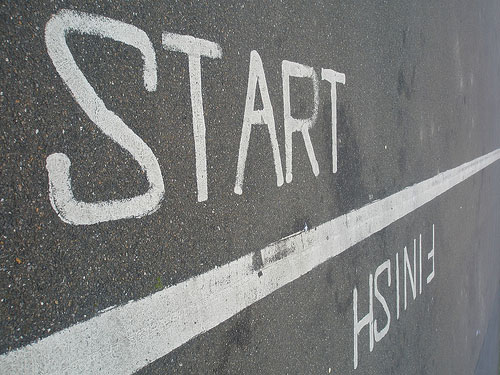 You’ve probably come to this site because you are/were a PastaQueen reader. If so, hello! If not, hello anyway! If you are totally confused, let me explain. JenFul is the personal blog of Jennette Fulda who is a smartass, writer, chronic headache sufferer, (former?) weight loss inspiration and overall nice person (not that I’m biased).

If you want the long version on why I changed my blog name from PastaQueen to Jenful, read this final post on PastaQueen.com. Want the short version? The name “PastaQueen” had become associated mostly with the weight-loss era of my life, whereas the name “JenFul” better encompasses who I am as a whole person. Essentially, I had to let go of who I was so I can become what I will be.

I envision that JenFul will be basically the same as PastaQueen.com was after September 2008. That was the date I started blogging about things other than weight loss and healthy living, an era I called my “life after the ‘after’ photo.” So if you’ve been quietly thinking, “Geez, Jennette, this site looks an awful lot like the PastaQueen.com design,” I say to you, YES, it does! I did that on purpose because 1) I wanted visitors to get the feeling that this site was still “me” and 2) I was too lazy to create a completely new design. Seriously, y’all, I design web sites all day. I don’t have 20 extra hours to design, slice and code a whole new one for free. And if I did have 20 extra hours I’d probably spend them trying to read the eleventy-billion pages of the Song of Ice and Fire book series now that the Game of Thrones TV series got me hooked. Damn you, George R. R. Martin! Two middle initials? Even your name is extra long!