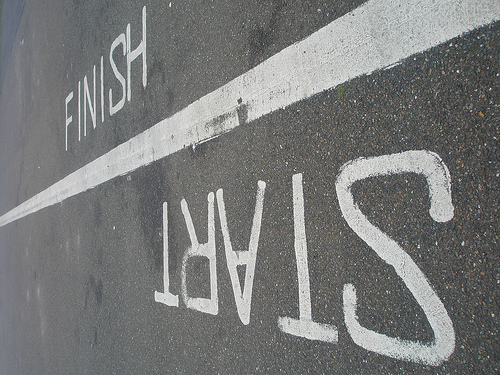 In 20 words or less: I will no longer be updating PastaQueen.com. I will now be blogging at JenFul.com JennetteFulda.com

I used to be Jenny. To some I was even called Jenny Sue. But there were a lot of girls named Jenny in the early 80’s and there was always another one in my class. It made me feel less than special, like I wasn’t the unique snowflake they tell you that you are. I was Jenny F. and the “eff” sounded so harsh, though not quite as harsh as using the first two letters of my last name would have been: Jenny FU.

I’ve been PastaQueen for over six years. Actually, I’ve been PastaQueen since I had to sign up for a Hotmail account during summer camp in 1997. I registered PastaQueen.com several years after that and used it as a portfolio site. Then I set up a blog in its own folder, PastaQueen.com/HalfofMe. Eventually that folder took over the whole domain and that’s where I’ve been writing and talking with y’all for the past 2000+ days in 1207 posts.

I’ve enjoyed being PastaQueen. Jennette was too scared to talk about her fat issues with anyone. Not to her family. Not to her friends. But for some reason PastaQueen could tell the Internet, though no one was listening at first. But the more I wrote, the more confident I became. I started leaving my blog address in comments on other sites. I remember that injection of excitement I felt the first time someone commented on my blog, when someone had read something I wrote. I met lots of cool people. I got to go on trips and stay at fancy hotels and eat lots of oatmeal. I got to write a book and then another book. PastaQueen has done so much more than Jenny Sue ever could have imagined.

I’m at the age when my friends are having babies and then more babies. We don’t go out together as much as we did, and we talk about different things than we did in college. It’s not a bad thing. It just means our lives are changing. Diapers and parenting books have replaced the backpacks and math homework we had in high school. We’re not who we used to be and that’s ok. In fact, it’s natural.

As great as it’s been to be PastaQueen, I realized recently that I’m not PastaQueen anymore. PastaQueen had a lot of issues with her body that she needed to work out through her writing. And she did that. I know she did that because I don’t feel the need to write about my body that much anymore. I’m good, or at least 95% good. Sure, I’d like to lose some weight and it wouldn’t hurt if my skin were tighter, but I can handle all that. It ain’t no thang.

PastaQueen really needed support from her readers. She needed them to tell her she was doing ok and she wrote well and she was valued. And while I’m still grateful for all the support, kind words, and digital love you guys have sent me over the years, I don’t need it anymore, not like I used to. I like it and I appreciate it more than I can say. But you’ve helped nurture me into something stronger, someone who doesn’t need training wheels, someone who knows she can ride on her own.

PastaQueen wrote only about health and fitness on her blog, which was good for pageviews because she had cornered a niche. But in September of 2008 she decided to start blogging about other things, which was probably a sign that she was starting to outgrow the PastaQueen identity, like those baggy clothes stuffed in cardboard boxes she kept at the bottom of her closet to remind her of where she came from. She kept on blogging though, because she liked it. She liked the people. She felt compelled to share her thoughts. She liked being a part of that section of the blogosphere.

People still come to this blog looking for the old PastaQueen and are sort of surprised when they find me here instead. Sometimes I log into PastaQueen.com and I’m surprised to find me here instead. But that’s ok. It’s alright to change into someone new, and it doesn’t mean you have to forget who you were. PastaQueen wouldn’t have been PastaQueen without you. She would have just been some invisible girl chattering to her computer. I don’t want to be an invisible girl, so this isn’t really a good-bye. I’m just ditching my old name, just like Jenny Sue became Jennette. The PastaQueen name has a lot of baggage. It’s baggage I got traveling on one of the most fantastic journeys of my life, collecting nicks and scrapes on my way through the Internet and out a door into the real world. But it’s still baggage, and I’m ready to leave it behind. Buy some new suitcases. Fill them up with new junk.

I’ll still have an online presence at JenFul.com JennetteFulda.com. I decided to shorten my name J-Lo style. Jennette Fulda. See? It’s a blog. I don’t know how often I’ll update it. I don’t know what I’ll talk about. But it will be there if I need it and if you care to listen. And when you go there you won’t be looking for PastaQueen. You’ll be looking for whoever I am right now. I thought about just setting it up at JennetteFulda.com, but only 1% of the population succeeds at spelling my name correctly. So, now I’m Jenful. That’s jenful! It’s my name and an adjective.

I’ve thought about doing this on and off for over a year now. Whenever I mentioned it to someone they’d talk me out of it, telling me not to throw away everything I’ve built here. Sometimes I’d look at my bills and then look at my ad earnings and think I couldn’t leave PastaQueen behind. Really, I was just scared to be something different. I was a hermit crab scared to leave her shell even though she’d outgrown her home. I was scared to lose my visitors and my page ranking and whatever income I feel like I’ve lucked into with every click.

But over the past year I’ve realized that holding onto who I was is stopping me from becoming who I will be. I’ve stopped caring about my stats, how many comments I get, my pagerank, my Technorati rank, my Alexa rank and all that blogging bullshit that it’s so easy to get caught up in. I haven’t logged into my Sitemeter account for months. And while I admit that I like the money, and that the money has helped me be able to freelance full time, I can’t stick around here for the money. I’ve probably stuck around too long as it is. Jerry Seinfeld said there’s a moment in a comedian’s act where you know you have to step off the stage. It’s that moment where everyone’s still happy and laughing. It’s tempting to stay in the lights, but if you keep going you’ll lose your momentum and you’ll lose the crowd. People only remember beginnings and endings anyway, even though most of us live life in the middle. Maybe leaving sooner would have been smarter or more graceful. It would be great if I had a master plan about my career and how to handle all my online shit or if I knew what the hell I’m going to do with the next 30+ years of my life. But I don’t. I’m just muddling along like I always have, discovering who I am going to be and sometimes being as surprised as you are.

So screw the money, the stats, and whatever prestige I might imagine that I have. I just need to do what feels right and this feels soooo right. Making the decision came with a wave of relief as strong as any tsunami, but instead of leaving wreckage behind I’ll leave behind what I created over six fabulous years of my life. Sometimes people email or comment wishing that I still blogged about running and weight loss and the thrill of all that amazing stuff. They wish I were who I used to be. They don’t want me to change, but I have. You change or you die. They want PastaQueen. But what’s great is that she still exists. She’s talking to you in the archives. She’ll cheer you on and maybe inspire you a bit. I’m leaving the site up so you can still visit her. She’ll always be there, frozen in time for you to look upon.

But I’m not frozen in time. Every seven years all the cells in your body replace themselves. Well, I’ve been blogging here for almost seven years, so I am literally not the woman I used to be. All the cells in my body have replaced themselves with copies of themselves. I am a completely different set of atoms that are aligned in the pattern of me.

This decision is mine. It wasn’t made because of any one comment or email. It was made because of the entire gestalt of my life. It’s not really good-bye. I’m not entering witness protection. I’m not going to become the new JD Salinger and do the reclusive author schtick. It’s more like I got a new haircut and went off to college. I’ll still be around, just not in the same way as I used to.

Thank you for everything. Really. You guys are the best. You are awesome. It has been great being PastaQueen. I’m grateful for all she did for me. And I hope that the next time you use her name, it will go something like this:

“Oh yeah, PastaQueen? I used to know her. She was fab.”

So, head over to JenFul.com JennetteFulda.com or subscribe to the feed here. I WON’T be automatically forwarding subscribers of the PastaQueen feed to JenFul JennetteFulda.com because I’d like people to make a conscious decision to follow me over there. I don’t want people who are looking for PastaQueen to find themselves in JenFul’s Jennette Fulda’s house instead. But the welcome mat is out and you’re all invited in! (Except if you’re a vampire. No invites for vampires.)

ETA: After starting my new blog at the domain JenFul.com, people started called me “Jen” which annoyed the hell out of me. So, I eventually moved the site to JennetteFulda.com instead. This post has been updated to reflect that change.

Later: Welcome to JenFul!
Earlier: What name can be spelled only one way?
Home: Main blog index