I debated whether to drive or fly to FitBloggin’ this weekend. (I suppose going by sea could have been an option if I owned a boat or a hovercraft or one of those duck boats, but I don’t.) According to Google Maps it is a 5hr 38min drive from Chapel Hill, NC to Baltimore, MD, which is about the upper limit of time I’m willing (or rather the headache is willing) to drive in a day. The flight from Raleigh to Baltimore is approximately 1 hour, but when you add in the time driving to the airport, parking, going through security, getting their early just in case, getting on the plane, getting off the plane, waiting for the curbside checked baggage to be unloaded at the gate because the overhead baggage compartment is too small on regional flights, and taking a shuttle to the hotel, I think OMG why would I ever want to fly? If I drive I can come and go when I want to, and I don’t have to wake up at the ass crack of dawn to catch a flight.

Of course, I would never make a final decision on this matter until I created a—can you guess?—spreadsheet! All hail Excel. I used my car’s highway mile-per-gallon average (which I determine and record every time I fuel up because I am psycho like that) and calculated that driving was cheaper than flying even with gas prices nearing $4/gal. It still came out cheaper when comparing the parking fees at the hotel vs. the parking fees at the airport combined with shuttle fare to and from the hotel. So, driving it is! I’ve timed my departure to hopefully miss the Washington DC rush hour since I don’t want to spend half my life parked on I-95 singing that damn Tori Amos song that is stuck in my head again this year.

I’ve got all my podcasts loaded up on my MP3 player, and I’ve been saving the latest episode of RadioLab just for this trip. Since I’m driving, I also thought I’d take full advantage of the opportunity to pack this stuff: 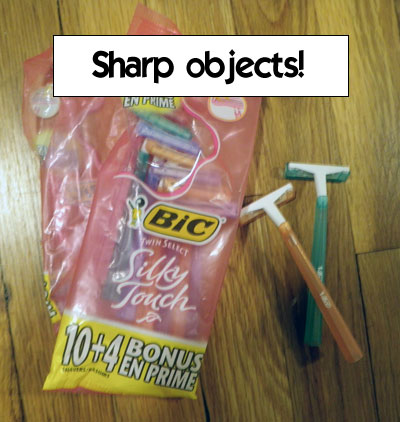 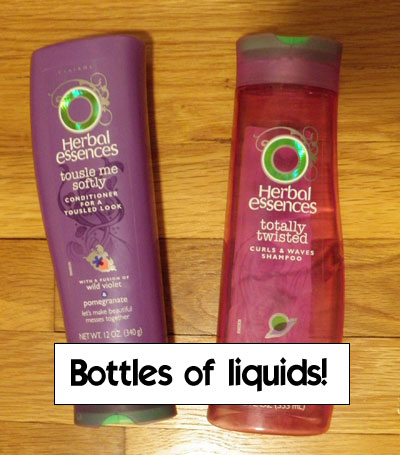 That’s right people, I’m bringing a bag of razor blades and 12oz bottles of shampoo and conditioner! It’s crazy time! Crazy, crazy, crazy! And if feels sooooo good. I’m going to keep my shoes on the whole time, too. I feel like such a bad girl.