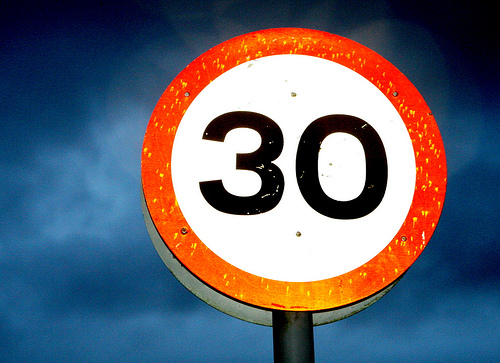 I dashed to the room where my smartphone was blaring a sitar ringtone and pressed the red button, happy that I’d managed to locate the device before voice mail picked up. Well, I was happy until I realized I’d hung up on the caller, which is what the red button does, which you’d think I would know after having had the phone for three months.

So, I opened the call log and returned the call to hear my brother’s voice on the line saying, “Hello?…..Hello?…..Is anyone there?” as I filled in the ellipsis with my own responses that he couldn’t hear with my mute button on. I figured out how to unmute the phone, but only after he hung up. So I tried calling him back again only to get a confused, Spanish-speaking person on the other end of the line, who I knew was not my brother because my brother took German in high school, not Spanish.

Then, finally, I managed to call my brother back at the proper number with the mute setting off, and started to have a conversation with him. But the first words out of my mouth were, “Oh God, this is what it’s like to be Mom.” I love my mother dearly (Hi, Mom!), and she’s the first person I’d ask to sew a hem or bake a lasagna, but she is also the first person who’d acknowledge that her skills with electronics are nothing to envy. I usually take on the role as her tech support, hooking up her TiVo, and configuring her wireless phones. I speak gadget and she does not.

Until now. Because I must admit that I still screw up many basic operations on my smartphone, usually when I’m under the pressure of an incoming call, ring, ring, RINGING, away. I don’t do well under a time limit. I am not as fluent in smartphone as I am in DVR or HTML (and now they’re developing HTML5, so I can be not as fluent in that too).

So, less than a week before my birthday today, I realized it—I really am turning 30. As if by official decree, now is the moment when I start to lose my ability to operate electronics and slowly slip into the persona of an old person who wouldn’t be able to stop the VCR clock from flashing if VCRs still existed.

I am thirty years old today, and I’m not old, but I’m not young.

I remember when music came on cassette tapes. I remember when the phrase “world wide web” would have referred to an alien invasion of gigantic spider monsters, not this Internet thingamajig. I remember when a familiar actor appeared on a television show and I’d have to rack my brain for weeks until I spontaneously recalled a part he’d played, instead of just going to the IMDB. I remember when my elementary school teachers would ask me what I was going to be when I grew up, and the correct answer did not yet exist because neither did the Internet. I remember slap bracelets, and jelly shoes, and She-Ra. I remember when the year 2000 seemed far off and was a possible harbinger of the apocalypse.

I am thirty years old today, and I live in the future.

If I were to stand on my personal timeline and wave back at the person I used to be, she would be amazed by everything we have now. My smartphone is more complex than Captain Kirk’s communicator which didn’t do video. I have talked to people in France and Chile on the Internet for free. I can order almost anything I want online without leaving my apartment. I can work without leaving my apartment. I think it’s so strange that kids born today will take all these things for granted, just like I can’t imagine a world without microwaves, televisions, and telephones. A kid born today will view me in the same way as I view someone who was born in 1950. I remember when I thought someone who was born in the 60’s was from a distant era of time where white people and black people didn’t drink from the same water fountains, but in retrospect wasn’t that much earlier from when I was born. I remember feeling left out because I didn’t have a story for where I was when Kennedy was shot, and I remember wishing I still felt left out after September 11, 2001.

I remember hearing someone say, “Never trust someone over the age of thirty.” I’m not entirely sure what they meant, but I remember thinking that thirty was the age where people stopped trying to change to world to suit themselves and started changing themselves to suit the world instead. I don’t know if that’s true or not. I do know that 30 is the first birthday when you start getting cards joking about how old you are.

The reality of aging is that more and more of your life exists in the past, and less of it in the future. You convert all your potential tomorrows into a string of yesterdays. You have to concede that eventually your life will consist of only yesterdays and no tomorrows. I can’t say for sure how far along I am on my personal timeline, but hopefully I’m less than halfway done, and even more hopefully less than a third of the way to the end. (Mental note: Exercise more! Eat healthier! Wear sunscreen!)

There are lots of landmarks on my personal timeline. May 1998 was when I graduated from high school. October 2002 was when my dad left. November 2003 was when I had my gallbladder removed. I suppose thirty is just another landmark on my timeline that’s only given significance because of our base-10 numbering system. Sort of random and determined by the speed of the earth’s journey around the sun.

It’s a time to look to the past I’ve had and then look to the future I want and try to figure out how to join those points together. Regardless of what it was or wasn’t, I look back on the past 30 years and think, I’m good with that. Sure, I could have been more outgoing in college, or lost more weight before I got so fat, or parked my brother’s car in a space where it wouldn’t get hit by a drunken, hit-and-run driver while my bro was studying abroad in Italy. But all in all, it’s been pretty sweet, even with my never-ending headache. I don’t have many complaints.

So, now I’m looking ahead to the next thirty years and trying to decide what I want to do next. What do I want to achieve? Who do I want to meet? Where do I want to go? And I think I should probably spend less time thinking and thinking myself in circles in my head and just try something whether I succeed or fail. Just do it. Go! Live!

So, I am thirty today and here I am, traveling somewhere between the future and the past, exchanging one for the other like dollars to euros. I’ve still got my She-ra action figures even if I lost my slap bracelet. I’m keeping my smartphone even if I accidentally call back the pizza delivery guy again. But it’s good to take a break, look around and appreciate the journey, to see where I’ve been and look forward to where I’ve still yet to go.

I just hope that when I’m 60, you youngins will teach Granny PastaQueen how to answer the phone.