There are several things you’ll need when assembling IKEA furniture. 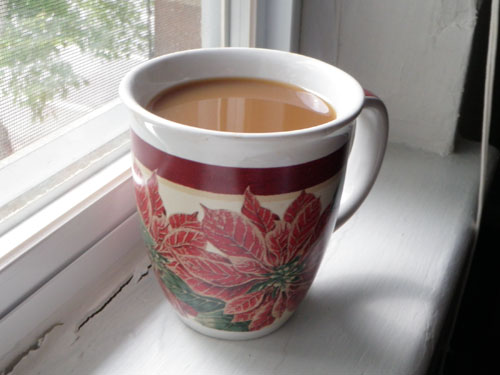 A big cup of coffee (or your caffeinated beverage of choice). 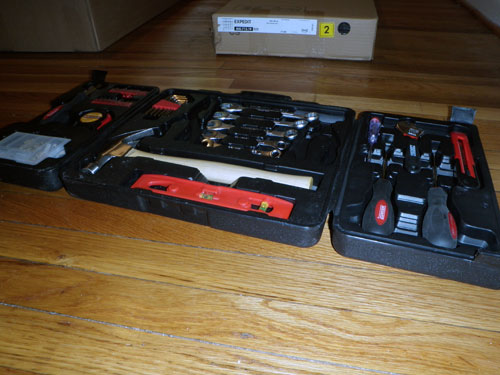 Tools! I purchased this toolkit at Target after I moved into my own apartment, and it’s the best twenty-something bucks I’ve spent in a long time. 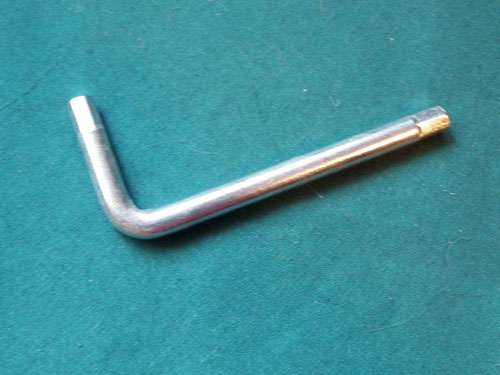 An Allen wrench, thoughtfully provided by IKEA. The Allen wrench manufacturers of the world must highly covet the IKEA account.

Patience. I have no visual representation of patience for you. A good understanding of spatial dimensions doesn’t hurt either. 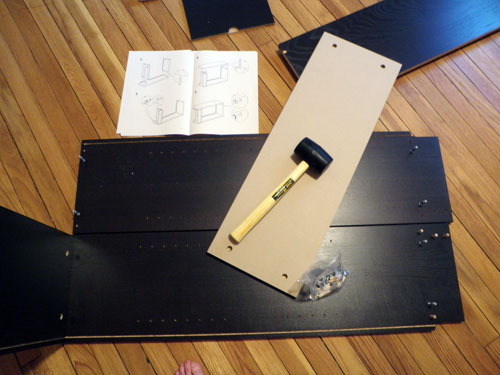 IKEA furniture typically comes flat-packed in large cardboard boxes, which you can rip open to view the large Swedish puzzle pieces, a bag of screws, bolts, nuts, and a diagram illustrating how to put the item together. There is no text on the instruction book, probably so IKEA can use the same booklets internationally without translating everything. I was putting together the Expedit bookcase and workstation in black/brown. 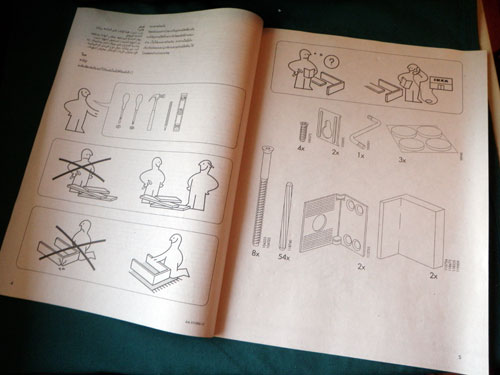 I was able to understand the little cartoon character’s instructions fairly well, but I ran into problems connecting the wood panels with the wooden pegs. I would push and push and push and there would still be a half inch gap between the horizontal and vertical panels. For problems like this, I highly recommend a rubber mallet…and not a hammer cushioned with a sheet of cardboard in between it and the wood. (Let’s just say one side of this bookcase is facing the wall for a reason.) Ehem, once I got back from the hardware store with my rubber mallet, I was able to get the bookcase the rest of the way together. 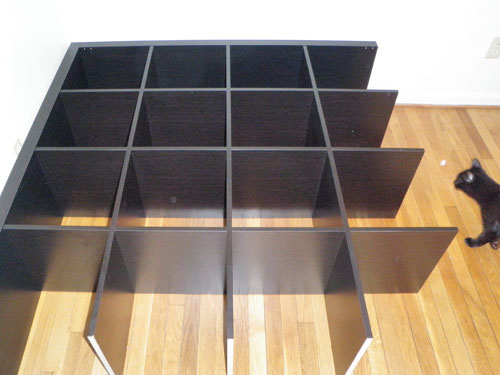 As you can see, Java Bean supervised construction. I denied his requests for a trailer and a hard hat. Overall, it wasn’t that hard to put together, but the desk set, sorry, WORKSTATION, didn’t have any moving parts or hinges to mess up my game. It DID take a long time, from breakfast to lunch, including the time I ran out to the hardware store. I was also hot and sweaty and ready for a shower by the end, which I believe qualified IKEA furniture assembly as my workout for that day.

However, I must point out one thing: 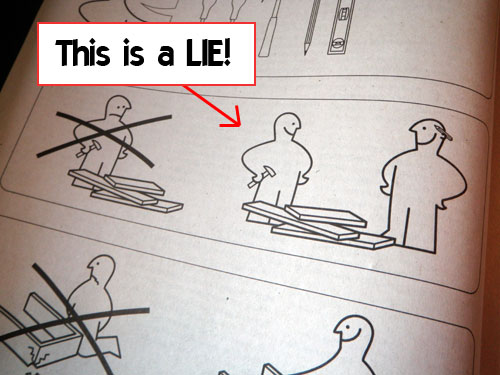 This picture is a lie! First, I did not need two people to assemble this bookcase. Ok, I probably should have waited for Big Brother to get home from work to assist me with flipping the bookcase upright from the floor. I was terribly impatient though, so I did it myself, even though mid-way through the flip I started thinking, “If this thing falls on me, I hope my cell phone is in reach so I can Twitter for help.” Oddly enough, I think I really would have Twittered for help if the bookcase fell on me. (I Twittered in late to work once. My boss was not amused.) The picture is also a lie because the characters have smiles on their faces. Readers in my previous entry about IKEA let me know that you should never assemble IKEA furniture with someone you love, unless you’re trying to break up with them. Danielle joked that they should include divorce paperwork in the box. 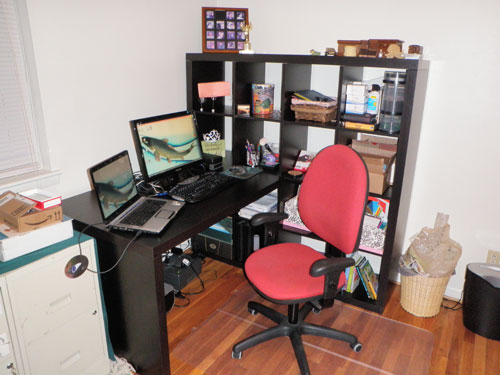 By mid-afternoon I had a new workstation and lots of corrugated cardboard I had to recycle in the proper bin. Otherwise, I fear the Chapel Hill police would have broken down my door and arrested me for recycling felonies. (Or just fined me, same difference.) People are really serious about their recycling around here.

That afternoon I filled the shelves with all my belongings and hooked up my computer. Then, later that night, when I was literally lying awake in bed, I realized I had forgotten to insert two screws at the bottom left corner of the book case. I have no idea why this realization came to me at that moment, but it did, and the next day I took a look and saw that the bottom left corner was indeed a bit lopsided. 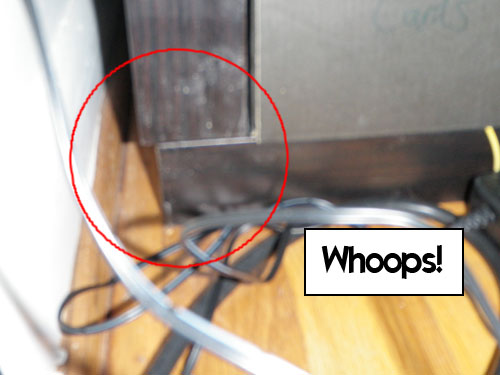 When faced with the choice of leaving it be or unhooking my computer, removing everything from the bookshelves, removing the desk, and flipping the bookshelf back on its side to fix it…guess what I chose? That’s right, if you see me Twitter that I’m stuck under a bookcase, I might not be lying. Think happy thoughts involving weight-bearing planks, will you?

Just one question left: When will my office stop smelling like plywood?