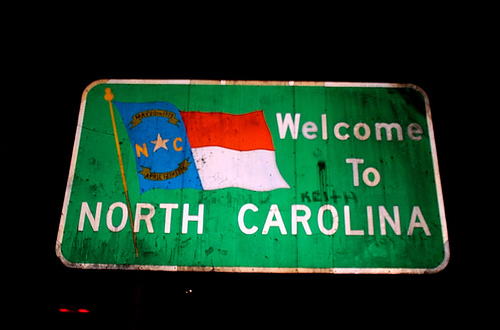 It all started last November when I flew out to Los Angeles. I stepped off the plane and it was so sunny that I felt a surge of Vitamin D coursing through my veins and I could hear the birds singing just for me. I wanted to lick the sunshine, or at least pack it in my suitcase. Then, I returned to Indiana, where my nostril hairs froze and the sky was most definitely NOT the color of topaz or even tourmaline, and I thought, “Why the hell am I living in this shithole?”

Then my consciousness replied, “Because of your mom and brother, you numnuts.” And I was like, oh right. My consciousness then reminded me of a few friends I also happen to have and some restaurants in town I like and that nature trail which is scenic and serene and—

“They have trails in other cities! They have restaurants outside of Indiana too!” I yelled back at myself. “You even have a brother in another city!” And I was like, oh yeah, I do. I’ll move there! So that’s what I’m going to do.

Actually, the relocation process has been much more complex than that. I’d been thinking of moving out of Indiana for a few years, but I didn’t know where to go. I also didn’t want to be moving away from something; I wanted to be moving towards something. I only live in Indianapolis because I ended up here. My family moved here during college and I came back for in-state tuition and here I be. Why? Just because.

As part of my whole what-the-hell-am-I-doing-with-my-life crisis, I’ve realized I want to build stronger connections in my community. I want to go to Stitch-N-Bitch and join a running group and volunteer at, I dunno, a museum or go plant some trees and meet all those interesting people I want to meet. But every time I’ve thought of doing these things, I’ve silently talked myself out of them because I knew if I put down roots in Indiana, I might want to stay here. And despite my love for my mother and my brother, I honestly, I don’t want to stay here.

There are many things I love about Indianapolis, as I stated above. The city is underrated, and the skyline doesn’t actually depress, as The Onion joked. The cold, dark winter does depress me though. For real. It gets longer every year and it turns me into a sofa slug and I cannot take another Indiana winter. It will kill me dead.

I love my mom more than, well, literally anything, but she loves me too, and we both know that I gotta’ go. So, after I went to LA, I started to seriously research other places to live. California was appealing (except for the inevitable, impending, earthquake of death), but also way too expensive. I looked into Austin, but it gets really hot there and I wasn’t crazy about the rest of Texas. Then I looked at the Raleigh/Durham/Chapel Hill area where my brother and his wife live. It comes up on lots of lists for the best places to live. The cost of living is comparable to Indianapolis. It’s warmer and there are more days of sunshine. And if everything goes pear-shaped, I can live in my brother and sister-in-law’s spare room with their three felines. At that point the cats would outnumber the people, so maybe we’d be living in the cats’ house.

I have no idea if this is the right decision. It’s possible that a year from now I will be saying, “Oh dear God, why did I ever want to move here?!” Or I might be saying, “Why did I spend so long in Indianapolis when I could have been living here?!” Or maybe it will be somewhere in between. I dunno. I do know I need to move forward and staying in Indianapolis does not feel like moving forward. So North Carolina it is! It’s as good as anywhere. How’s that for a reason?

I’m not exactly sure when I’ll be moving, but it will probably be around the beginning of July. And seriously, who doesn’t want to carry heavy boxes of books in the sweltering, mid-summer heat? I’m heading out there this weekend to run around the triangle area and figure out where to live. It is cool that I can live wherever I want to, within certain budgetary restrictions. It is a unique time in my life right now that I can get up and go and work from anywhere. I want to take advantage of that while I can.

Now my only question is, how do you pronounce Raleigh? Is it rawl-eh or rall-eh? If I’m going to be a local, I’ll need to know.

I’ll let the Dixie Chicks sing me off.

Later: Not sure what to say
Earlier: The weight of freedom a.k.a. what am I going to do with my life?
Home: Main blog index