I woke up at four o’clock in the morning to catch my flight to Baltimore for FitBloggin’ 2010. Waking up at that hour does strange things to my body, making me simultaneously feel like I’m going to barf and that I can talk to angels dancing on the wings of the plane. Hopefully they’d remind me to pull my hair back before vomiting. My odd mental state also made me very wary of sitting so close to the jet engines. 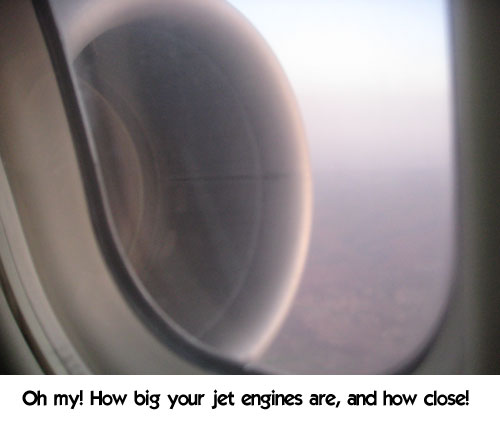 My Paranoid Traveler’s Syndrome made me worry that the glass was going to break and I’d be sucked into the turbines like a bird with bad luck. Thankfully, the plane remained in tact, but this also meant that I spent the flight being taunted by ads in the seat pocket advertising free wifi that was not working on my flight. 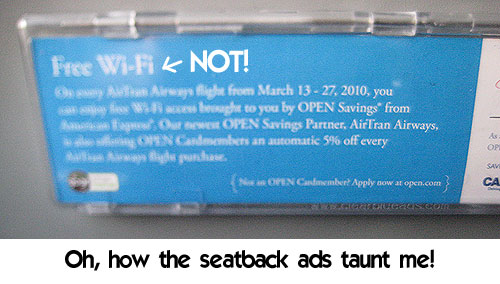 When questioned, the stewardess just shrugged her shoulders, which is the universal gesture for, “I’m just a stewardess, not a cable repair man.” While I rather hate to use this cliched phrase, major FAIL, Airtran!

When I arrived in Baltimore, I couldn’t stop singing a very old, obscure, Tori Amos song as I wondered around the concourse.

Eventually I did make it to my hotel, which was located in a prime spot near the happening inner harbor area. I cannot describe how beautiful the weather was. It was like gazing at the face of Helen of Troy, if her facial features consisted of sunshine, blue clouds, and a brisk breeze. There were lots of doggies and ducks (and some joggers too) traipsing around the harbor, all filled with the simple joy of a spring day. 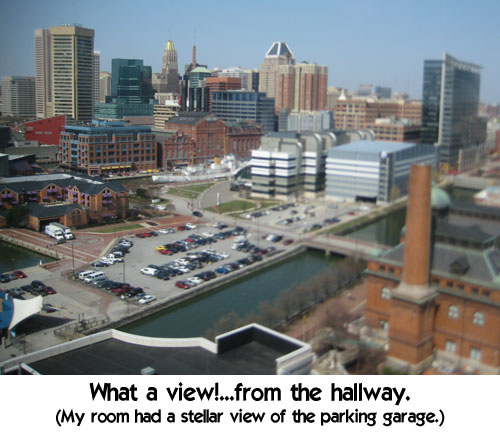 On Saturday, FitBloggin’ began, and a good time was had by all. And here is the “all” I’m talking about:

I wondered off the grounds for two hours in the early afternoon on a secret mission unsanctioned by the FitBloggin’ community. I walked half a mile to the Blue Moon Cafe, where I waited 40 minutes in the street with other breakfast crack seekers, until I was finally rewarded with this: 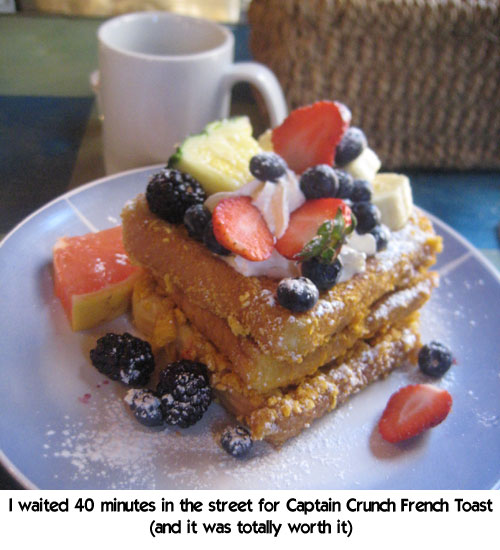 Yes, Captain Crunch French Toast! How could I not? Do you think I could get this in Indianapolis? No! And I walked there, so I’m sure that totally burned off the 8500 bazillion calories I consumed. I would love to go back to the cafe some time and sample their cinnamon rolls and biscuits that were literally as large as a chihuahua’s head. (Probably bigger, actually, depending on the chihuahua.) 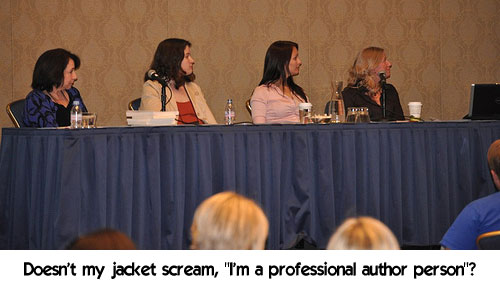 I arrived back in time to sit on the publishing panel, and forced myself to self-promote even though I felt like a total tool by name-dropping the magazines and TV shows I’ve been on. The members on the panel had a wide range of experience, and I thought it went rather well. A video of it should be online next month sometime. One correction though: I mentioned that I was in Self magazine, but I really meant to say Women’s Health. Sorry! I don’t want anyone thinking I’m a compulsive liar. Frankly, all those media promotions are a blur.

That night, I went out to dinner with my roommates, Amy and Rebecca. We tried going to a seafood place, but the wait was 90 minutes. So we ended up at a tapas restaurant and sat at the bar with some Flamenco dancers between sets. 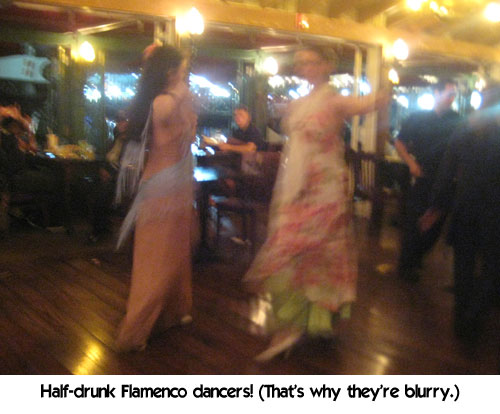 Then it was back home to Indianapolis, where I napped and got bedlag to go with my jetlag. Big props to Roni for organizing this great event. People were already talking about FitBloggin’ 2011, but I’m going to need more nap time before I can commit to that.

Later: Chatting with the ghosts of past bloggers
Earlier: Soon they’ll be calling me ma’am
Home: Main blog index