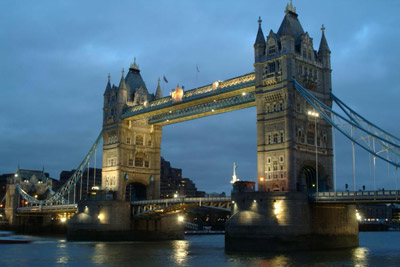 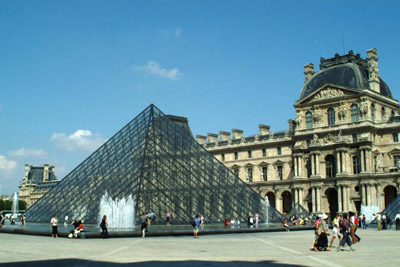 …this is not about my underpants.

Last week an e-mail was sent to everyone in my office announcing a one-week furlough this quarter. My coworkers were understandably depressed, shoulders sagging at their desks, wondering how they’d get by with one less week of pay.

This is when I exclaimed, “I’m going to Europe!” and my boss almost spit out his Coke.

“Are you serious?” he asked, half laughing.

I have always wanted to go to Europe. My brother lived in Italy for a semester in college. My friends have taken trips with their French classes and Spanish classes. Other friends have gone backpacking in Ireland and gotten drunk in London and eaten chocolate in Switzerland. And still I have never left the country.

I have always wanted to go to Europe, but I’ve never made any plans to go to Europe. Partly this was because I was poor and in debt in my early 20’s. But partly it is because I never took the initiative, never got off my ass and made plans.

When I was doing my taxes this year, I added up all the money I have paid to doctors and MRI facilities and headache clinics, and it was a big number. A very big number. I realized I could have bought the most kick-ass vacation with all that money, but I had never bothered to. Instead, I’d paid the medical bills without thought because they had to be paid. It’s like how my country will spend billions of dollars on wars because they have to, but they won’t bother to spend that much money fixing healthcare or improving education. It’s dumb.

So now I’ve decided to spend some of that money on something I really want, not a head CT, but a European vacation. I was going to wait until September, but if my employer is giving me an extra week off this quarter, I’m going to use it. I’ve booked my flight for only $410. Yay, recession! Not only are you giving me the time off to travel, you are making it really cheap. See, there is always a bright side, even to a crap economy.

So this May I will be in London and Paris. And it will be awesome because I’ve decided it will be. Deciding where to go was easy, but trying to pick a guidebook at the bookstore has been overwhelming. So tell me, where should I go? Where should I stay? I’ve got about a week and I’m open to suggestions.

But finally, I am going to Europe!

Later: A different kind of before and after
Earlier: That woman with 14 kids
Home: Main blog index